Niassa National Reserve (NNR) is located in northern Mozambique, with its northern boundary the Ruvuma River bordering Tanzania. NNR is recognized as the most important protected zone in Mozambique, a critical protected area left in Africa, and one of the last great wilderness areas on earth. It covers more than 16,000 mi2 (42,000km2) and therefore larger than Switzerland. It is of profound importance for the global conservation of African wildlife, especially for the African lion, wild dog and elephant.

Despite its size, importance, biodiversity and spectacular scenery, NNR is little known internationally and does not receive the same world-wide public support of other better-known protected areas of similar critical importance. Increases in elephant poaching, timber logging, habitat transformation, population growth and bush meat snaring are some of the pressures on the Reserve and its species.

For more on our evolution of this expedition, have a look at our previous adventures in Niassa here… 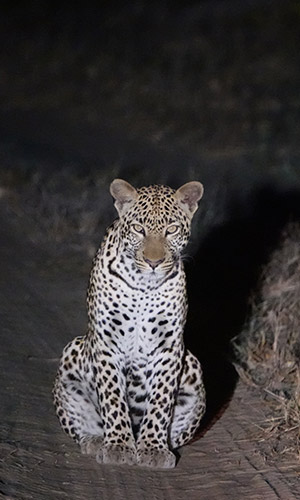 Most Expeditions into Niassa are based around seven nights in the reserve exploring on foot, by canoe and game drive vehicle. We use the charming community built and operated Mpopo Camp, located on an island in the Lugenda river, and a mobile fly camp to support our canoeing forays down the Lugenda river and walking adventures into the ridgelines and inselbergs.

The regions spectacular and varied landscapes include the magnificent Lugenda River with its braided channels and sandy beaches, numerous Inselbergs –also known as “island mountains”, vast woodlands, forests and open floodplains.  Game viewing can be very exciting as we track down seldom seen species and the areas unique wildlife. The birding is fantastic. Game viewing in this remote wilderness takes more time and effort than in more established safari destinations –a refreshing change from the more “on-tap” experiences elsewhere.

Perhaps the greatest part of this trip is that the entire enormous concession is ours, and ours alone for the duration of the trip. You will not see another tourist during your entire time in Niassa! Each expedition is tailored to combine the perfect balance of activities, adventure and accommodation depending on our guests interests and needs.

We access the Reserve by private charter aircraft from and to Nampula, Mozambique.

Wilds become your familiar love, civilisation the unknown which you spurn and fear

Our work is as much about people as it is about lions and other carnivores. If we get the relationships with local people right and resolve any conflicts as they occur, we believe that the lions will eventually look after themselves. Three of the upper management team (Colleen, Hugo and Agostinho) have completed training in “conflict transformation” presented by Conservation Peacebuilding. The skills taught are based on peace-building principles. We have adopted the philosophy that every conflict should be seen as an opportunity for positive change. While our conservation work with the wildlife is based on scientifically-sound research and especially regular monitoring, research for us is a tool and not an end goal and pure research is not part of our work. The end goal must be to find and implement sustainable solutions to conservation threats with full community participation from the start of any initiative. We see this as the only hope for lion and carnivore conservation in future. Our experience has been that the best solutions are locally-derived, empower local communities, and are low-tech.

“I first explored Niassa Reserve in Northern Mozambique almost twenty years ago. It was huge, challenging and remote. We would spend days trying to get anywhere on seldom used tracks. The vehicles took a hammering and trying to arrange logistical support for our walking and canoeing explorations was nearly impossible. Game was shy, localized and not easy to find. There was no-one else around….. I was in love – this was the wildness that I craved, the sheer scale and beauty of the place was so moving. Gigantic mountains, magnificent rivers, enormous tusked elephant bulls and towering Sterculia trees had made their mark on me forever”.