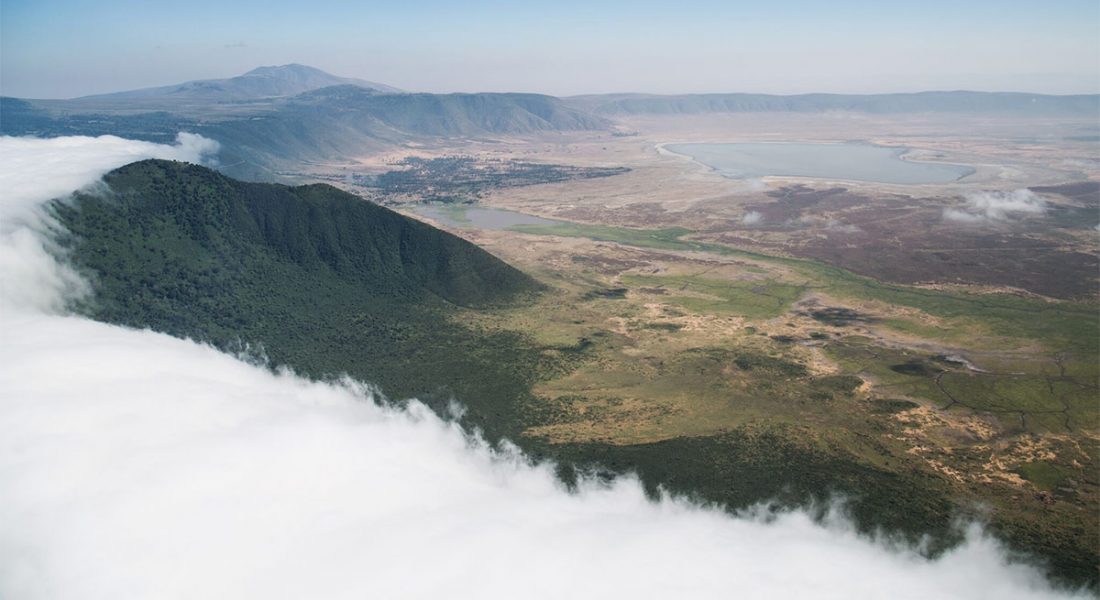 The Great Rift valley is a giant geographic trench running down the eastern side of Africa – from Djobouti to Mozambique. The series of faults and rifts which give rise to this trench are also the source of East Africa’s volcanoes and vast lakes lying within the valley.

Although one can access many of the rift valleys’ geological wonders by vehicle there is no doubt one needs to take to the air to fully appreciate them.  On a recent safari to Tanzania we endeavored to explore the Eastern Rift Valley from our base at Mwiba Lodge.

Flying north over the Serengeti we passed the Ngorongoro highlands to our right before the Maasai “Mountain of God” – Ol Doinyo Lengai – rose up ahead of us. Circling the still active volcano we could clearly make out puffs of smoke being emitted from the crater – seemingly giving life to this revered volcano in which the Maasai believe the god Eng’ai dwells.

Not far to the northeast of the volcano is the otherworldly Lake Natron.  Natron is an extremely shallow salt and soda lake giving rise to the mesmerizing orange-red hues of the open water. Despite the conditions of the water, Lesser Flamingoes thrive here, nesting on the islands lying out of reach to would-be predators.

Turning east we flew over the fascinating Maasai villages of the Ngorongoro highlands. Large herds of livestock could be seen on their daily routes to water and grazing, always accompanied by Maasai herdsmen in their characteristic bright red Shuka’s.

The worlds largest intact caldera – Ngorongoro Crater – came suddenly into view and we skirted the rim marveling at the extent of the basin. Lake Magadi and the Lerai forest clearly stood out from the surrounding grasslands and we imagined the various wildlife stories which must have been unfolding on the crater floor at that moment in time.

Banking away from the crater we flew low over the montane forest covering the outer slopes of Ngorongoro before a dramatic drop off over the rift escarpment towering over Lake Manyara.  Soon we were flying low over Lake Eyasi where the colour variations of the water and salt islands were magnificent. Flamingoes erupted in giant flocks before settling again in new feeding areas and we spotted a herd of giraffe feeding in the woodland lining the shores of the lake.

We ascended the escarpment once more and went immediately into wildlife spotting mode over the woodlands of the Serengeti, before landing back at Mwiba. It was time for a sundowner! 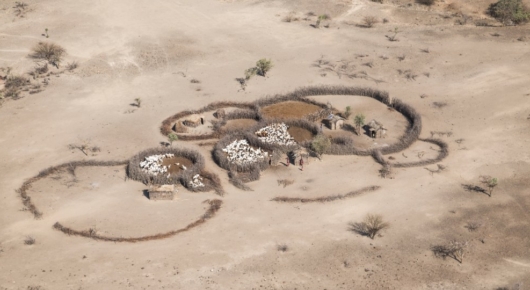 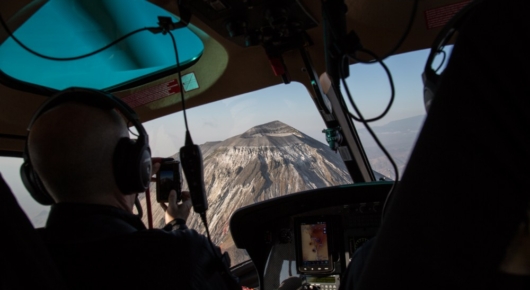 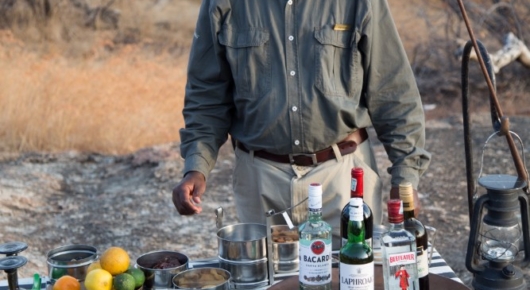 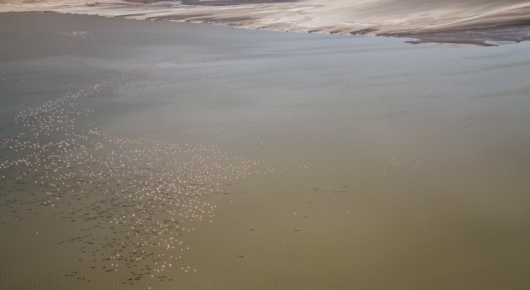 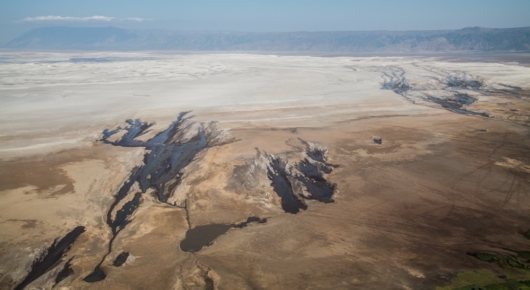 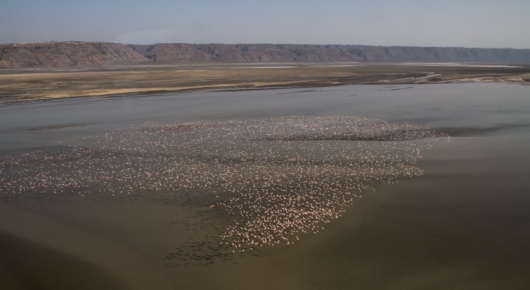 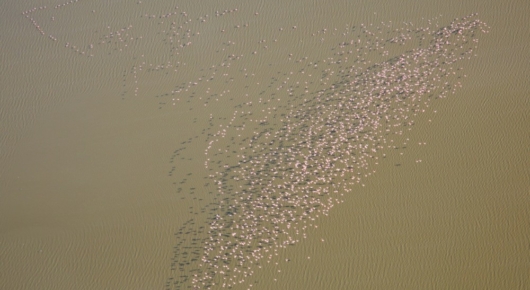 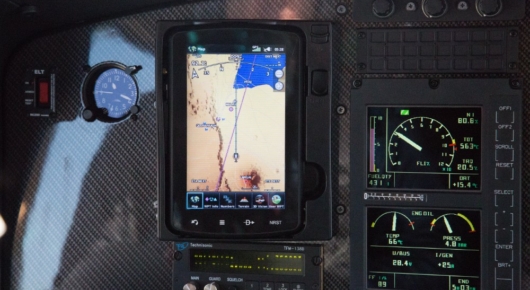 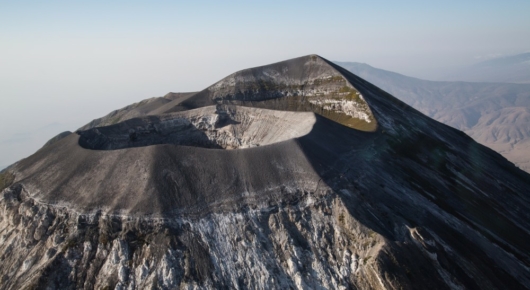 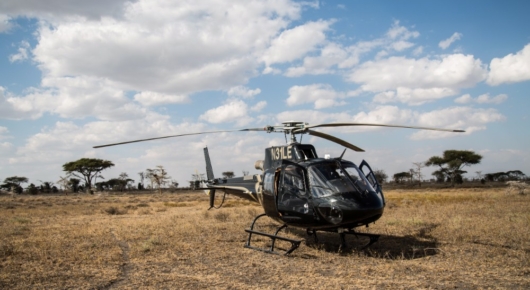 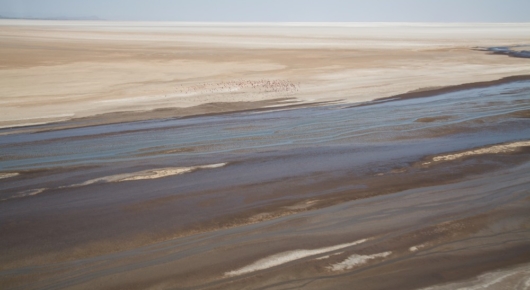 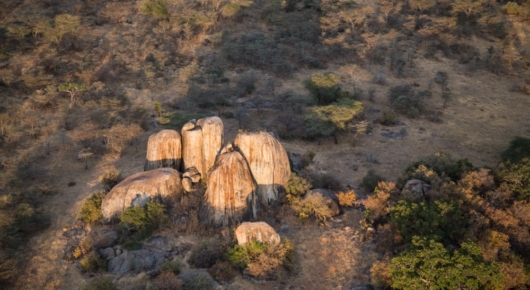