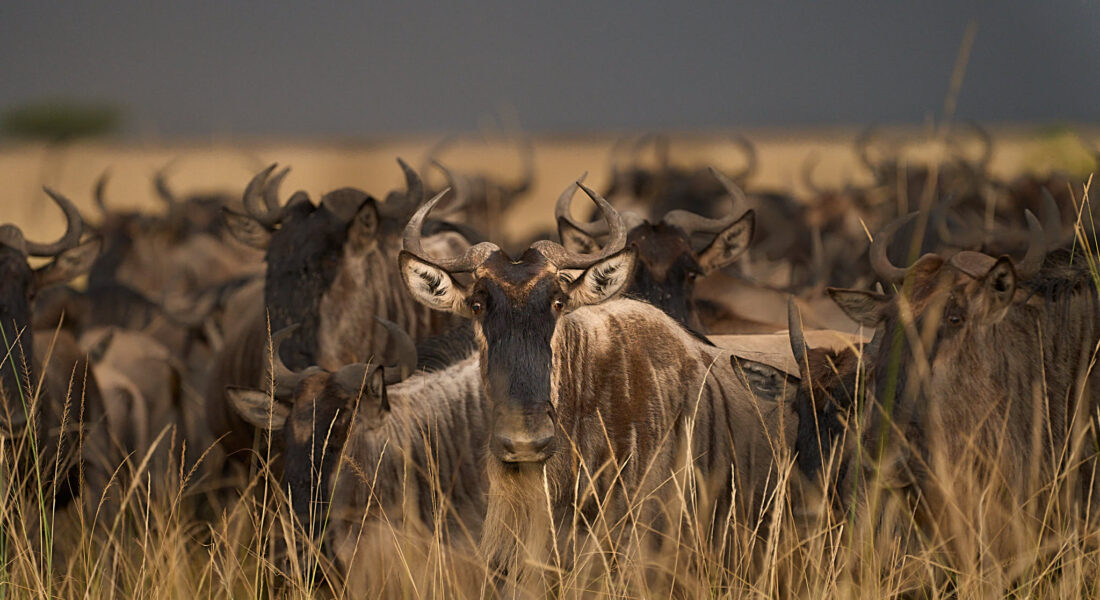 The most astounding natural spectacle on planet earth, at its most enthralling when the numberless wildebeest, zebra and Thomson’s gazelles reach the apogee of their great journey, in the Masai Mara of Kenya. Here, for a few months each year, the thundering herds repeatedly cross the gauntlet of the Mara River, infested with crocodiles, boiling with rapids, banks lined with hungry predators-lions, cheetahs, leopards and the world’s largest clans of spotted hyena. While these are the main actors, cameos from elephants, black rhino, buffalo, topi and more than 300 bird species, fight for attention against the iconic ‘Out of Africa’ backdrop formed by the rolling savannas and endless Mara skies. Oh, and I should also mention that Kenya basically invented safari and the Masai Mara is where they perfected it.

There are stunning lodges for every taste nestled in this ancient, stunning and inspirational landscape. In September 2021, my guests and I took a gap in the covid-mania to experience the Great Migration from two magical Mara locations – Little Governor’s Camp and Angama Mara.

We began by taking in the sights, sounds and smells (not always good) of Nairobi. We wandered around Karen Blixen’s home and explored parts of her estate, we interacted with the elephant orphans at the Daphne Sheldrick Trust’s orphanage-happily all of the elephants are destined to return to the wild. Giraffes licked us at Giraffe Manner. The food was excellent, the hospitality exceptional and the driving, well, the driving was, shall we say, exciting. (It began with our trip from the airport to our hotel where the driver, quite justifiably, flung a string of vicious invective at a fellow road user for not driving with due caution).On our third morning, we headed to Wilson airport for the short flight from Nairobi to the Masai Mara. It takes just over an hour depending on where you land and is infinitely preferable to the teeth-shattering, spine-crushing driving option. This is something you will probably only do once before dissolving into an amorphous heap of weeping blancmange on being asked to repeat it.

Flying into the Mara during the migration is jaw-dropping. Regiments of wildebeest crisscross the plains, a thick line of green forest on the banks of the Mara River snakes southeast towards the Serengeti, and elephants lazily feed in the thickets. The feeling I get is one of impatience to be on the ground and amongst it, all, soaking in the profound biological celebration-it feels a little bit like arriving late for the world’s best party. Our safari proper began on being picked up at the Governer’s Camp airstrip. Once we’d cleared the spade loads of dust from our eyes and mouths, received courtesy of our departing plane, we beheld elephants, lions, zebras and topis before even arriving at the camp.

To settle into camp, we had first to cross the Mara River. Mercifully, this did not require us to swim the gauntlet like a wildebeest in search of greener pastures, crocodiles snapping at our heels. Rather, Governor’s operate a charming little point from one side of the river to the other. In no time at all, we were quaffing bitterly cold Tusker lager and crisp Chenin blanc while overlooking the marsh in front of camp where warthogs wallowed, elephants fed in the reeds and a gormless crocodile tried, unsuccessfully, to eat a large tortoise. The comfortable tents all look out over the marsh, as did the dining area where our meals were interrupted by tiny warthog piglets and two young elephant bulls who fancied a Tusker and chicken salad rather than the marsh fare.

During our four nights at Little Governor’s, we saw lions, a leopard, three cheetahs and, most importantly, four wildebeest crossings of the Mara River. Each day, we set off just as the sun lit the plains. On our first morning, we spent time with the famous Marsh Pride who had dispatched a zebra during a storm the night before. The highlight was watching a lioness carry her tiny cub from the kill into the safety of the marsh reeds. On the banks of the river, some clever detective work, a bit of experience and a bucket loads of luck netted four crossings, each one better than the last. A wildebeest crossing is, in many respects, the holy grail of safari. Thousands of bellowing gnus are terrified of the river’s dangers but compelled by an invisible force; clouds of choking dust; crashing water and the thunder of hooves overwhelm the senses. It is difficult not to feel the gnus’ triumph as they gallop, dripping and still bellowing, out of the murderous water. They also give off a distinctive wet wildebeest smell that, for me, is the scent of triumph (think wet goat mixed with barbeque sauce). There is also something tremendously special about a post-crossing picnic breakfast of boiled egg, bacon sandwich, ubiquitous Kenyan sausage (provenance unknown and undesired) and delicious Kenyan coffee in the shade of a desert date tree.
On our final dawn at Little Governor’s, we took to the skies in a hot air balloon. The majesty of Mara is indescribable from the air, stretching out for countless miles in all directions, at eye-level with eagles and vultures. We watched herds of buffalo, and massive pods of hippos frolicking in the river and spotted hyaenas returning to the den after a night of foraging.
After a slap-up champagne breakfast on the Mara floor, we were off to Angama Mara. This camp is, in my opinion, the best-designed safari destination in Africa. Built by the Fitzgerald family and opened in June 2015, Angama roosts on the lip of the Oloololo Escarpment, overlooking the Mara. Every room boasts the view seen on the poster for Out of Africa (without Meryl and Robert of course)-this is literally where the shot was taken. The hospitality staff are sublime, the food exquisite and the atmosphere is homely and relaxed and you will never want to leave.
We took a morning off to enjoy the camp and surroundings-much needed after three full days of hard driving. This gave us time to visit the gorgeous media centre, the stunning shop and beadwork and relax in the infinity pool with a view of endless, beautiful Africa. For the next three days, we left camp at dawn. Delicious picnic breakfasts and lunches enjoyed shaded by desert figs and shepherd’s trees between exploring just about every inch of the Mara Triangle – away from the main tourist traps, often feeling quite alone in the enormous wilderness. We saw lions climbing rocks, a cheetah chasing and catching an unlucky impala, mating lions, an attempted buffalo hunt and, of course, the teaming herds of wildebeest and their zebra pals. At dusk, we returned to camp as the sun disappeared. As we drove up the escarpment through the fragrant, eerie forest, the fruit bats tinking melodically in the trees, we felt a satisfying mixture of fatigue, appreciation and joy. On our final evening, we gathered in the Angama boma where, with the dimming Mara as a backdrop, the Masai staff performed their haunting songs and iconic dancing. It felt as if the ancient rocks, trees and plains throbbed with memories of the Mara and its remarkable safari legacy.
We longed to be back before we’d even left. 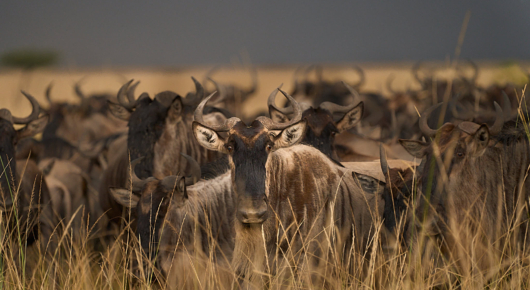 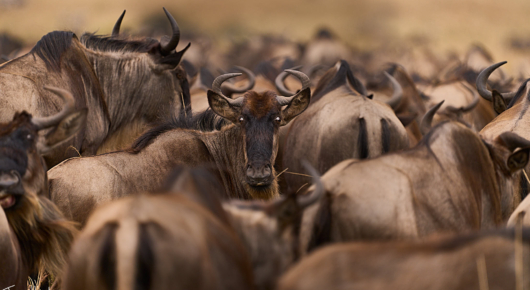 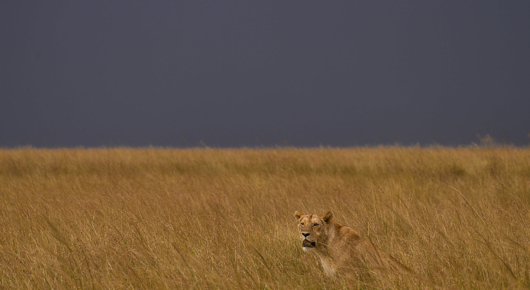 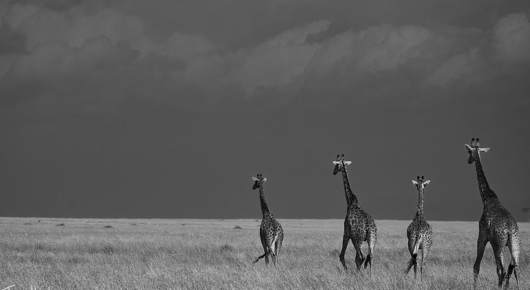 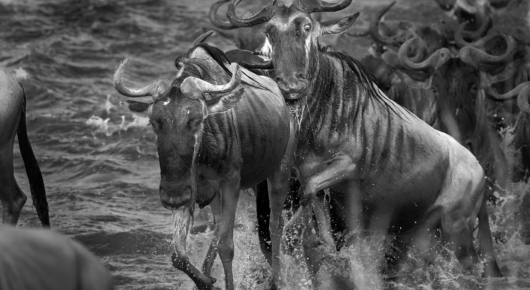 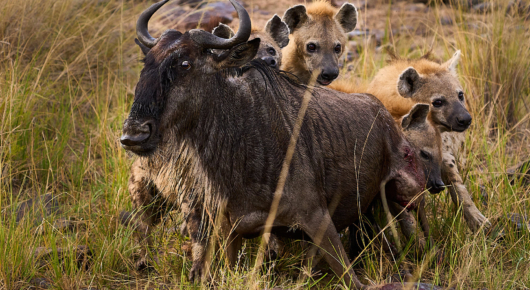 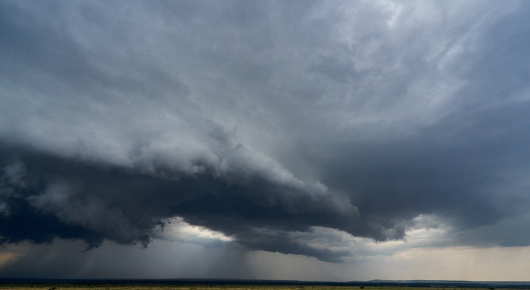 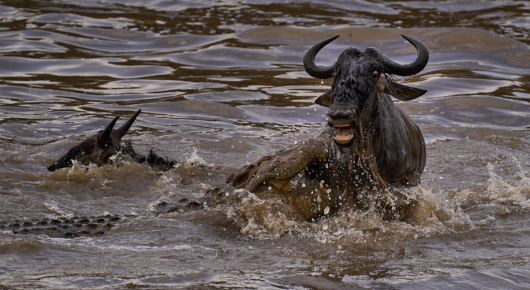 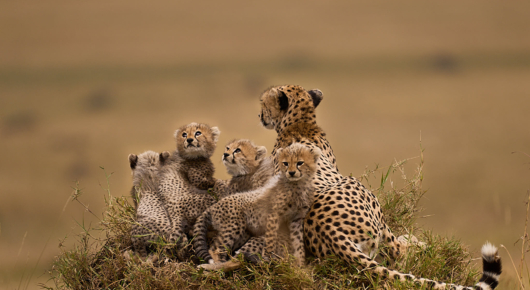 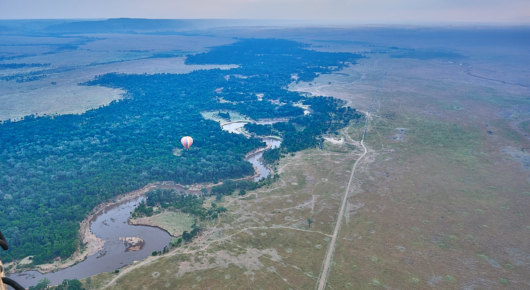 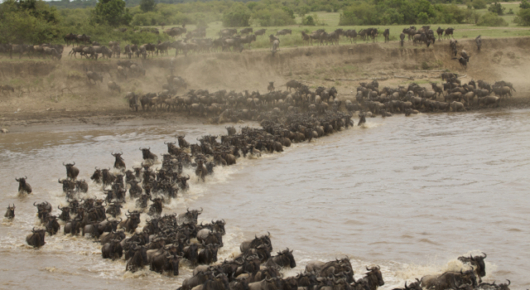