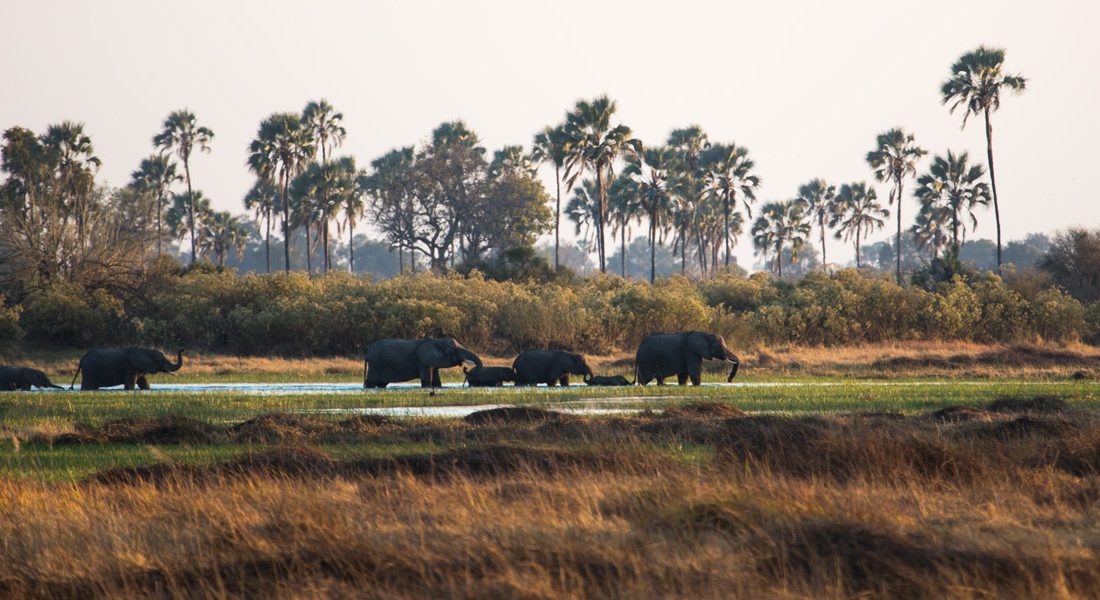 Botswana remains one of my favourite safari destinations and its appeal is only amplified with every visit.

The special light, wonderful sunsets behind palm islands, the wildlife (of course!), the people and much more beyond these make Botswana one of Africa’s premier safari destinations.

I especially love the adventure opportunities northern Botswana provides – crossing the Makgadikgadi Pans on quad bike or horseback, canoeing, walking and boating in the Okavango Delta for example.

Our recent safari to Botswana however was focused on accessing the finest wildlife locations and enjoying the comforts of some of the regions most beautiful lodges. Joining our team for the safari was pilot extraordinaire Pete Hammond who whisked us between locations in our chartered private aircraft.

First stop was Sandibe Lodge, nestled on a wildlife-rich spit of land between the Samantadibe and Gomoti rivers. Within minutes of Pete putting us down on Sandibe’s airstrip we were viewing a beautiful female leopard lazing in a Jackalberry tree. The following morning we watched the same cat jump from nearby branches onto the back of an unsuspecting impala – the lead-up and kill taking place metres from our land rover. Much of our time at Sandibe was spent at the African wild dog den where we were entertained by the adult dogs on their daily hunting forays and the ravenous and playful puppies (16 of them!).

The lodge – it’s design inspired by the unique form of a pangolin – seemed to be constantly surrounded by elephants, complicating our movements somewhat but making for delightful entertainment from the comfort of an outstanding property.

Flying north it was all too clear to see how the Delta waters had shifted in comparison to previous years and the permanent water on the Selinda concession was a welcome sight as we came in to land. Our time at Zarafa Camp (with one of the best camp and guides teams in Africa) on the Selinda concession was very much dominated by the 17-strong Selinda pride of lions. A nearby elephant carcass provided interesting lion and hyena  (vulture and jackal also) interaction but the highlight was watching the pride swim across the Selinda spillway. Soon afterwards they narrowly missed trapping a snoozing male leopard who thankfully escaped up an Appleleaf tree. In the afternoons we were repeatedly coerced into setting up our sundowner bar alongside an overflow channel of the Zibadianja lagoon. Here we slowed down, with a gin and tonic in hand, and watched the elephant bulls, buffalo herds and swarms of sandgrouse arrive for their afternoon hydration. Bliss!

Our final destination was the heart of the Okavango Delta on the northern edge of Chiefs Island. What a spectacular flight in we had as we flew low in over the weaving waterways of the giant oasis. We were escorted into camp across the Mombo access bridge by a female leopard and she seemed to be in the vicinity of the camp for the duration of our stay. A golden afternoon was spent following a lion pride as they stalked kudu on a classic Okavango Delta plain, dotted with palm-topped termite mounds. We were treated to rather uncommon sightings for the area of both white rhino and cheetah, amongst the jaw-dropping numbers of birds, elephants, baboons, impala, red lechwe, kudu, hyena and leopard which are so  characteristic of Mombo. Our final afternoon was spent exploring the island from the air as we retraced the plains and nooks we’d discovered on our game drives, this time from a helicopter.

Below some of the photos from the safari: 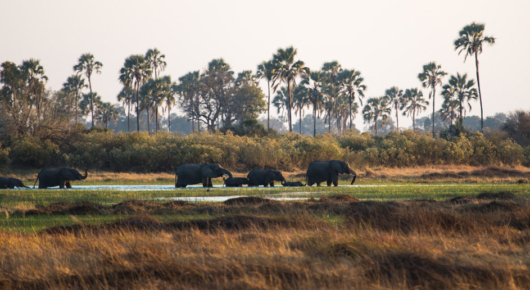 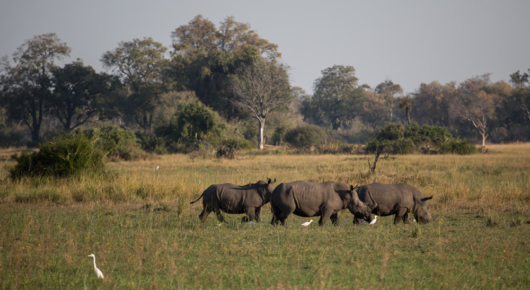 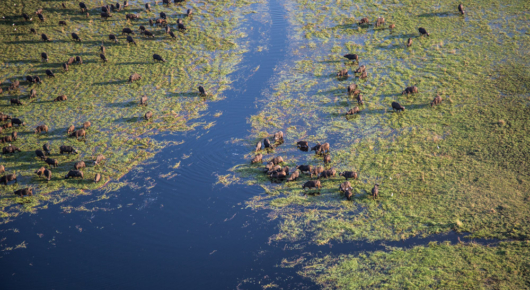 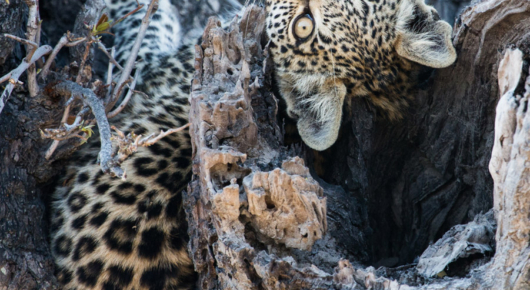 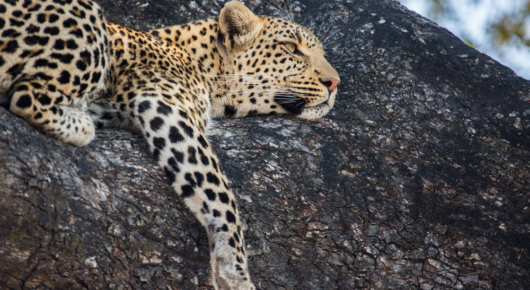 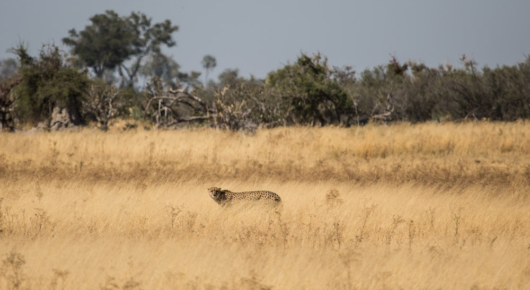 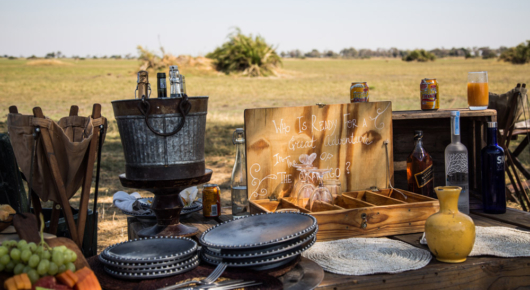 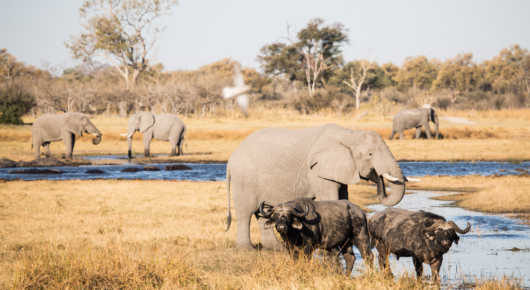 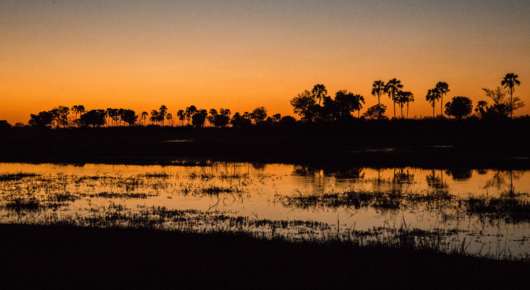 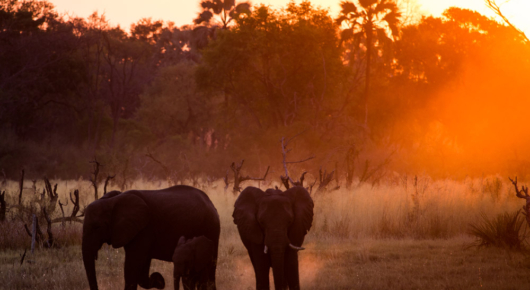 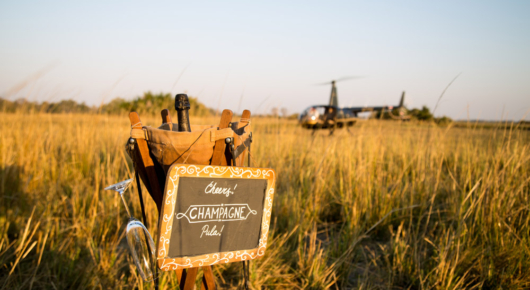 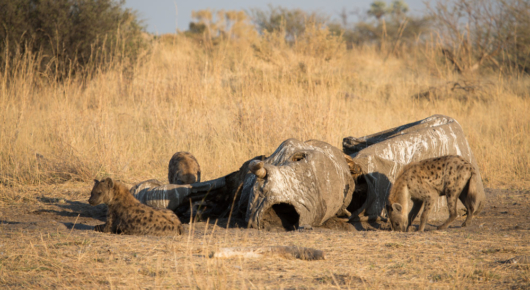 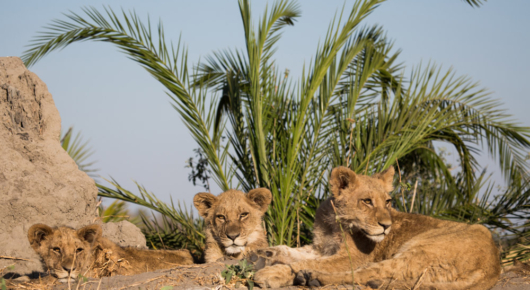 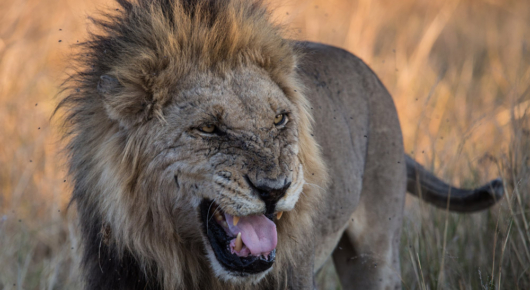 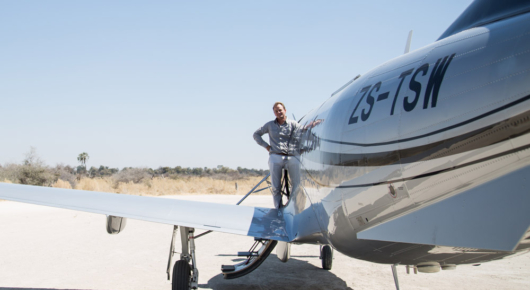 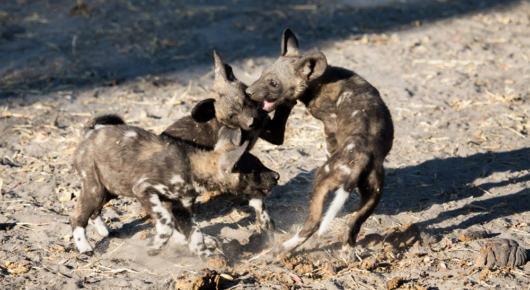 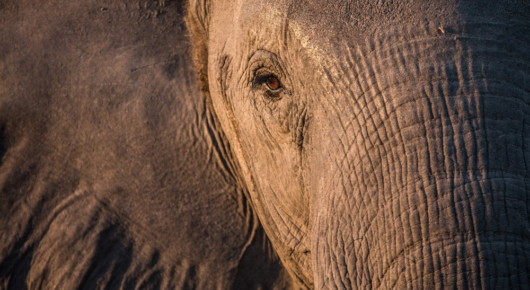 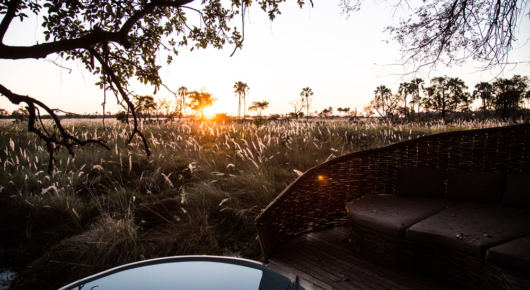 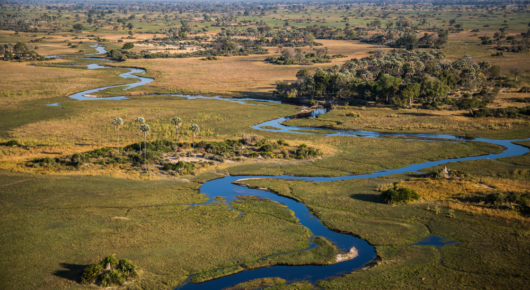 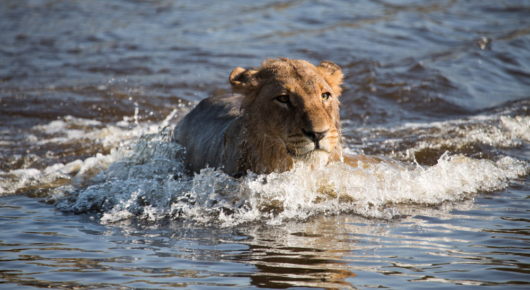 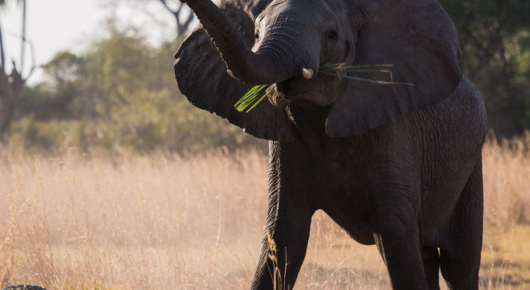 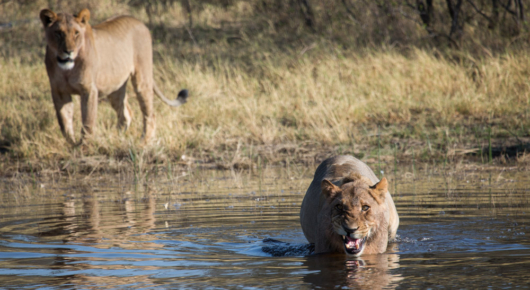 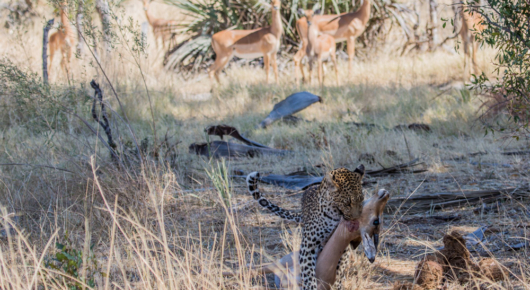 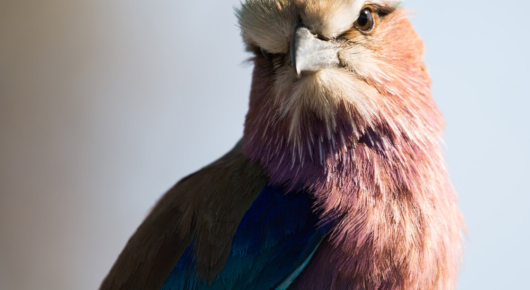