Mammals in the Serengeti – Mara ecosystem 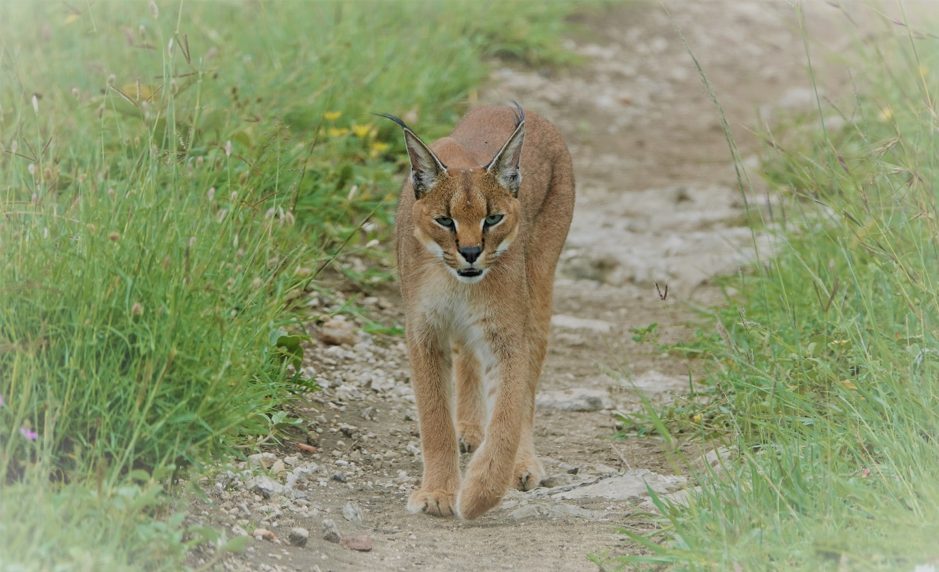 Mammals in the Serengeti – Mara ecosystem

Most of us know that there are a lot of mammal species in Africa.  We have heard about the big 5, Mountain Gorillas and the great migration of wildebeest.  We pour over amazing images of the charismatic megafauna of Africa online, in books and on social media.  What is often overlooked is the incredible diversity of mammals that call Africa home.  Over 1100 distinct species living in diverse habitats from the vast arid deserts of the north, through the steamy lowlands of the Congo basin and across the south and eastern savannas to the temperate tip of the continent in the unique Cape floral Kingdom.

On our Anderson Expeditions safari to the Masai Mara in Kenya and the Serengeti in Tanzania we decided to set ourselves the task of seeing as many mammals as possible.  We decided to set a target of fifty species.  We did a lot of game drives and some night excursions where possible.  We did not trap small mammals or use bat detectors or any other methods other than direct observation to try and reach our target.

We started at Mara Plain camp in the Olare Motorogi conservancy.  We were clocking mammals furiously from soon after the moment we landed at the Olkiombo airstrip.  Topi with wobbly-legged young, big herds of cape buffalo, majestic eland, impala, Thomson’s and Grant’s gazelle, a lone elephant bull and a troop of banded mongoose were all seen before arriving at camp for lunch!

On our first drive out from camp we started off with a bang!  A female cheetah hunting Thomson’s gazelle and we had not yet even started the cruiser.  She missed so we left her to explore the beautiful landscape.  Vast ominous looking clouds built up all around us and the downpours began.  The grasslands were completely soaked and as the runoff increased small streams and gulleys started flooding.  From a distance we spotted a small group of young elephant bulls swimming in a stream and went to take a closer look.  It was unbelievable. The stream was flowing swiftly and strongly.  The young bulls were having a whale of a time jumping into the stream and being washed down, rolling in the current and using their trunks as snorkels.  Each time they got to the exit point they would hurry back to the jump in to do it all again.  Nothing but pure exuberance and joy!

In the fading light on our way home we found a female leopard with her kill in a large Balanites tree close to camp.  What a start! So much action and two sensational spotted cat sightings on day one.

Back at camp slit-faced bats were hanging from the dining tent and hunting moths attracted to the lights.  We planned to get up early the following morning to follow up on the leopard close by so after a delicious dinner we called it a day and went to bed with the sound of honking hippo and whooping spotted hyaena.

The Olare Motorogi conservancy was fantastic.  We had a great guide and an excellent base from which to explore from. The landscape varied and beautiful and the mammal sightings sensational!  A highlight of our stay was the incredible afternoon spent with a pride of lions.  Three lionesses had nine cubs hidden in Croton thickets in a remote part of the concession.  After a long and determined search we finally found them.  All playing and romping with each other.  Cuteness overload.  As the sun set we enjoyed our G and T’s in the vehicle surrounded by the playing cubs.  Soon after sunset the mood changed and the three lionesses set out in earnest across the plains.  Hunting time.  A large herd of zebra were making their way to some unknown destination and we watched as the lionesses took differing routes in the fading light.  Having got ourselves into what felt like a good position we watched as the trailing zebras walked into the ambush.  In a quick surgical moment it was over, the panicked zebra ran straight into one of the waiting lionesses who managed to clamp down on the stricken zebras throat before it even hit the ground.  Wow!  We left them to their peace, and feast.  Mara was amazing and delivered with ease the first 30 species for our list.  We expected finding new mammals to get much harder as we aimed for forty.

Our next destination was the remote far eastern Serengeti at Namiri Plains camp.  After landing at Seronera in the central Serengeti we began our long and extremely muddy drive east.  Along the way we passed our first Kopies – small rocky hills – and quickly added new mammals to the list. Two species of Hyrax together (unique woolly and taxonomically confusing rock dwelling critters, most closely related to elephants despite looking like bunny-rats) and the delightful klipspringer antelope on the first rocky outcrop. The journey east is amazing, moody and vast.  Massive thunderstorms rolled across the plains and dumped torrential rain along our route.  Although we managed to avoid the rain itself the aftermath caught us good and solid as we lost traction and came to a slippery gooey standstill about halfway to camp.  After a solid struggle that left us all muddied and exhausted, we broke the hold the mud had on us and roared off into the darkness that was fast upon us.  So this was kind of cool. We are not allowed to do night safaris in the national park but having been stuck we were now “”just” travelling to camp….in the dark. It was a mammal bonanza, weird east African springhare, belligerent honey badger, white-bellied hedgehog, lionesses, bat-eared foxes and multimammate mice all scurried, trotted, ambled and hopped out of the road in front of us.  We quickly upped our target to 43 from 40 for this remarkable area after such a strong start.

Namiri plains is big sky country with roaring of lions, endless short grass plains, prolific wildlife and one of the best places on earth to see cheetah.  On our first morning out we had multiple cheetah sightings, some hunting, some fat, some with cubs, some alone, all without seeing any other vehicles!  To the south we also found incredible herds of zebra numbering tens of thousands and smaller numbers of wildebeest.  The vast majority of which were out of the Serengeti system into the Ngorongoro conservation area so it was great to catch up with the migrating masses at Gol koppies.

Without doubt our mammalian highlight at Namiri came in the form of the elusive and drop-dead gorgeous caracal.  We had a brief sighting as it fled across the track in front of us before disappearing into a thicket. Manja our guide and I explained that as a super shy cat we were lucky to have seen it at all and that would be that.  The caracal must have heard us and to bring the guides into disrepute promptly emerged from the thicket, snarled at a kori bustard and strolled across the plains showing no signs of being shy whatsoever.  We followed him for a memorable thirty minutes before leaving him to his business. Unbelievable!Having navigated extreme mud and terrible tracks with Manja exhibiting some highly skilled driving we made it out of the “far east” to catch our flight to the Grumeti reserves where we would be spending the last four nights of our adventure.  We had 42 mammal species on our list but we knew that the required eight to reach our target would not be a walk in the park.  There were a good number of potential targets but excellent rains in the Grumeti resulted in plains of tall grass that were very difficult to spot small nocturnal species in.  Most of our targets were small and nocturnal.

Our first afternoon out we spent a long and fruitless time searching for a leopard with two small cubs that had been hiding in Grewia bushes in the area the day before.  We did however find a lovely Guereza colobus monkey in the riverine forest that was new to our list.

Over the next days we had some wonderful sightings, big herds of buffalo, elephants, prides of lions, diminutive dikdiks and entertaining olive baboons but we struggled to add many new mammals.  Luckily the lodges, food, wine, balloon rides and wonderful landscapes for which this area is renown kept us entertained and happy as the end of our safari approached. Just when we thought we had seen it all we enjoyed one of the sightings of the trip – the mother leopard with her two, three-to-four-month-old cubs put in a show. Watching the cubs play in bushes, with mom and each-other was  heart-warming stuff.

Then we started adding to the list again slowly with an excellent view of northern lesser galago, a veld rat and fleeting african wild cat after dark.  We had now reached 49 species and needed only one more .  The daytime animals did not look very likely and we had searched under our rooms for roosting bats and I was even spreading the word with housekeeping staff to inform us of any mammals they may encounter, a dormouse perhaps, roosting bat or greater galago hiding in a day shelter.

On our last morning we headed to a new area that held limited chances for oribi and a remote shot at roan antelope. We enjoyed the regular sightings of giraffe and elephants, impalas and gazelles, lone buffalo bulls and herds of topi. As we drove along scanning the plains a unique shape became visible on the distant horizon, BOOM, a lone roan antelope, we could not believe it. High fives all round and an incredible moment as our efforts paid off. We managed to get quite a lot closer to the magnificent roan, what a beast for the big fifty!

On our way home in good spirits we added an unexpected species, a family of southern tree hyrax peering out from their tree hole retreat.  Wonderful.  Fifty-one mammal species seen in ten days of safari in the Serengeti.  On the next trip the target will be 60😉 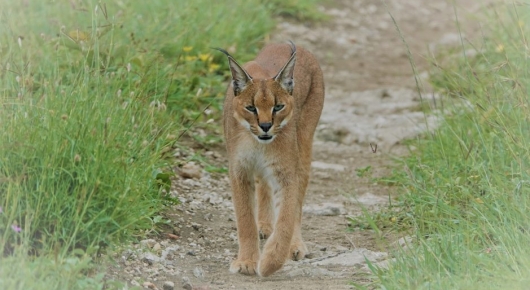 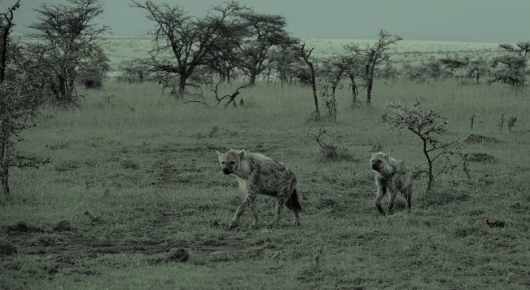 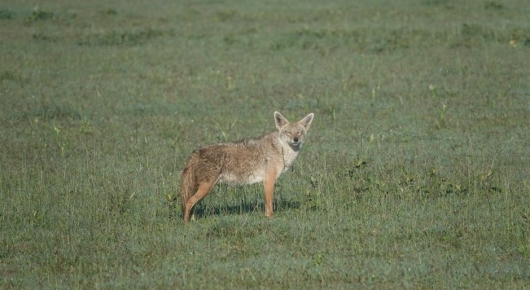 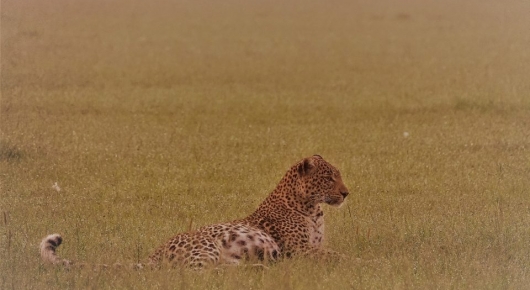 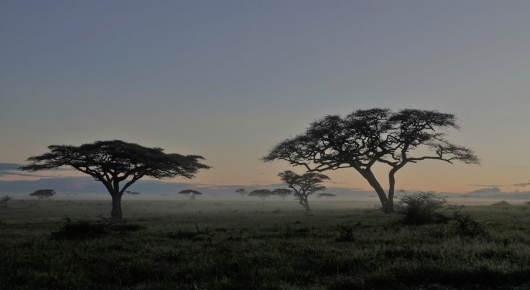