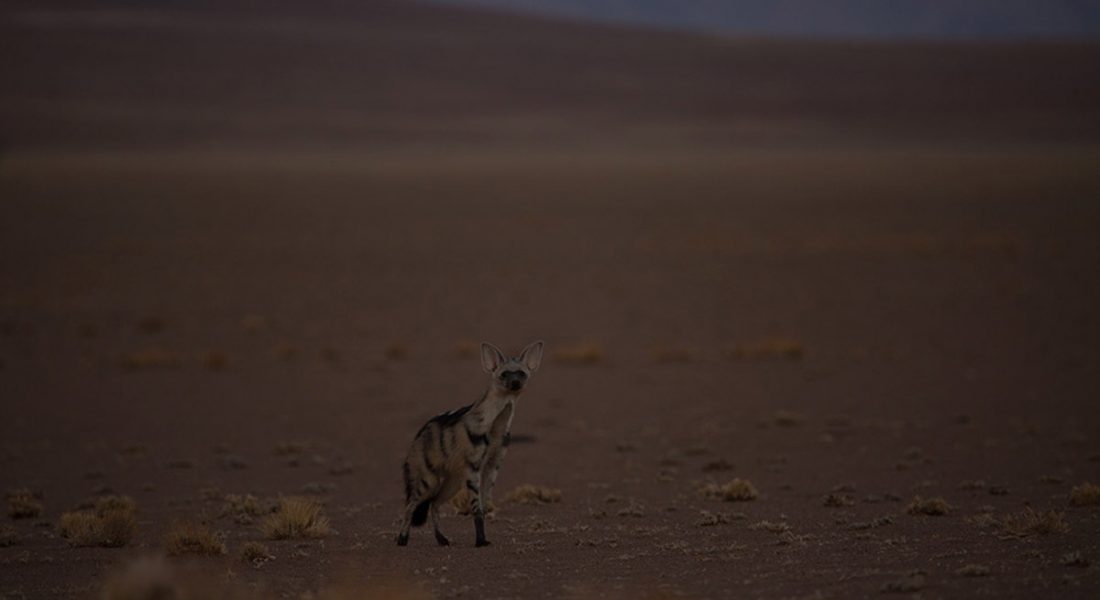 More than most places Namibia can produce special moments and sightings in a rather unexpected sense.

One afternoon, after playing in the red dunes of Sossusvlei ,we stopped on a giant open plain for compulsory sundowners. Soon after the gin and tonics were poured we spotted distant movement of an animal moving towards us. It turned out to be an aardwolf and, oblivious to our presence, he trotted closer. At about 60metres away it realised some bizarre shapes lay ahead and spent a good amount of time investigating us, with nose up and ears pointed forward.

These were a very special few minutes for my guests and I with this rarely-seen nocturnal desert specialist.

For the naturalists, Namibia is an inimitable wonder. There are a number of fauna and flora Namibia is famous for, which are endemic (or near endemic) to the country. A number of larks feature in this category (dune, benguela long-billed) as do many botanical beauties (including euphorbia and commiphora species). No plant is as unequivocally Namibian as a Welwitschia mirabilis – a two-leafed, conifer-like plant, whose classification the botanical boffins still aren’t able to agree on. We discovered a Welwitschia after landing in a remote valley between the Skeleton Coast and Damaraland. To our surprise it held another Namib specialist in a Namaqua chameleon, roaming the plant for its insect prey. Seeing these two Namib icons together made for some uniquely Namibian pictures! 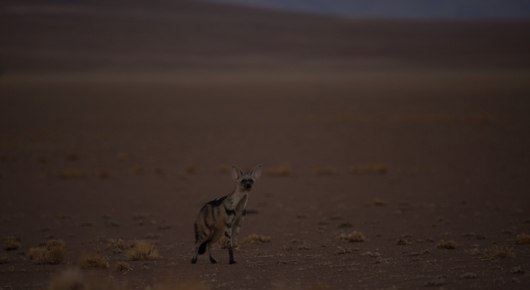 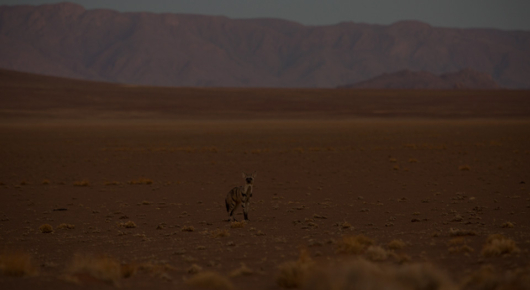 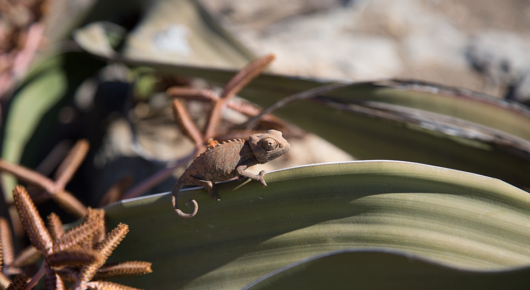 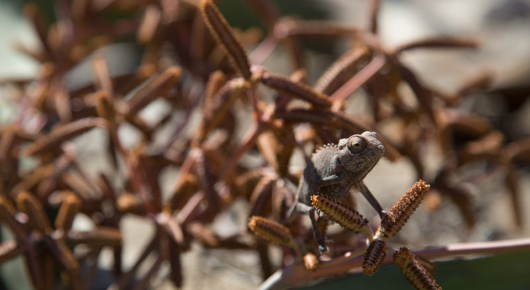