Namibia from the sky 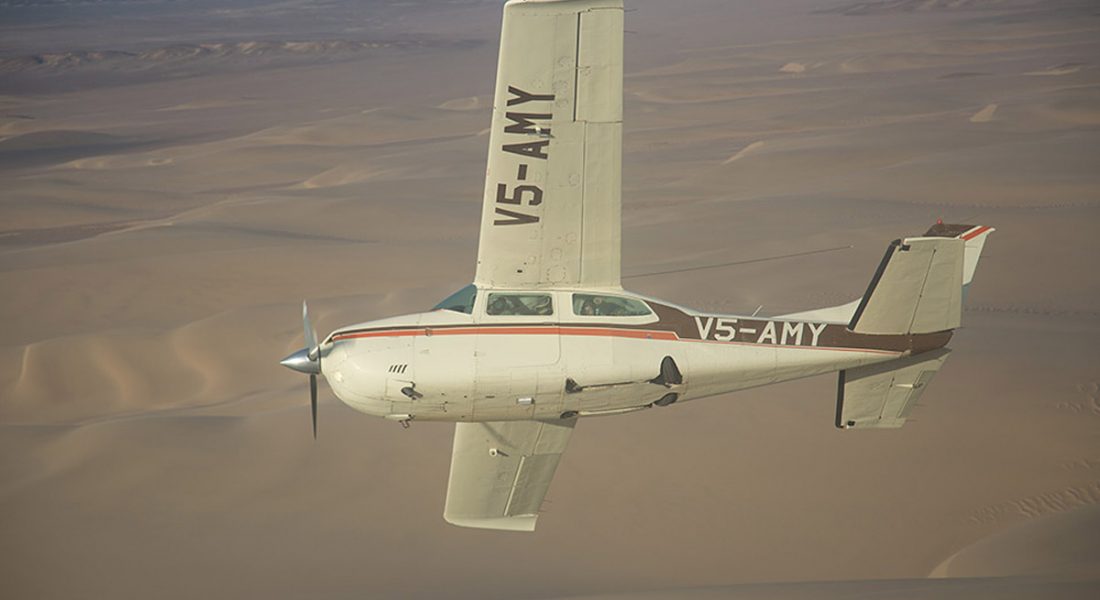 Namibia from the sky

“Authentic” is an over-used descriptive term in the travel industry, yet I can use it with complete confidence when describing the experience of a flying safari on the Skeleton Coast with the Schoeman family.

I have been fortunate to fly with the Schoeman brothers (Bertus, Andre and Henk) on a number of expeditions and each one remains amongst my most enduring experiences in Africa. The brothers’ father, Louw Schoeman, pioneered tourism to the Skeleton Coast after becoming captivated by the area in the early 1960’s and his family were raised exploring one of the most remote and extraordinarily beautiful places on earth. The place is in their bones and, combined with their impressive piloting skills and charmingly simple camps, they deliver a Namibian safari experience unlike any other.

Typically a flying safari starts in Swakopmund or Windhoek, finishing on the Kunene river on the border with Angola. On our most recent trip the aircraft (Cessna 210’s) met us in Swakopmund so that we could add the southern part of the Skeleton Coast to the expedition. From the air you can view the countless shipwrecks lining the coast – many of them inaccessible via land – and a number associated with stories that border on myths, like the Eduard Bohlen, The Suiderkus and the Dunedin Star.

Beyond the shipping graveyard lies a natural wonderland. Over a million Cape fur seals are thought to inhabit the Namibian coastline and the rookeries of tens of thousands are an impressive sight to see from the air. On closer inspection one can also spot black backed jackals roaming the beaches and, if you’re very lucky, brown hyaena.

The Schoemans are deeply knowledgeable on the geology of Namibia and there’s really no other way to fully appreciate the beautiful geological formations and topography of the country, than from the air. Forays inland take you into Damaraland and Kaokoland, regularly following the linear oases of the east-west river systems that characterise western Namibia. These provide havens for wildlife within an otherwise desolate landscape, and sightings of oryx, elephant and giraffe are common. Travellers cover the Skeleton Coast at an unrushed pace, being educated on one of the most remote wilderness areas on the planet by a family synonymous with it. 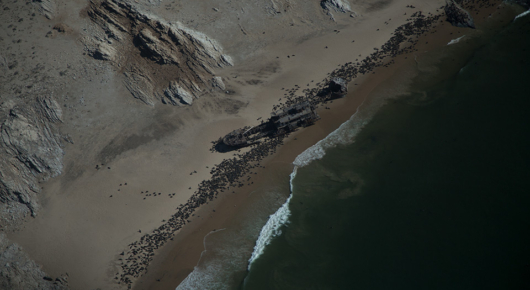 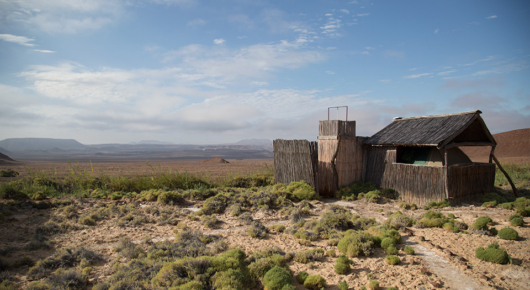 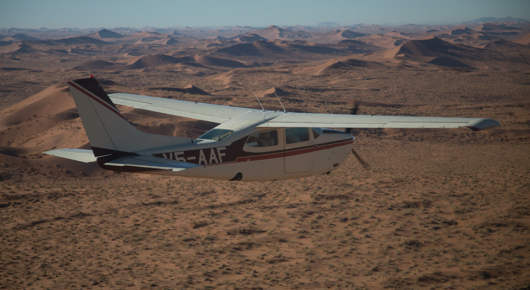 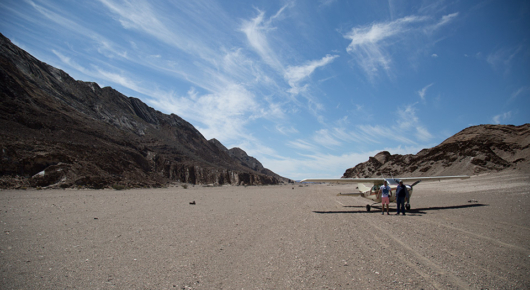 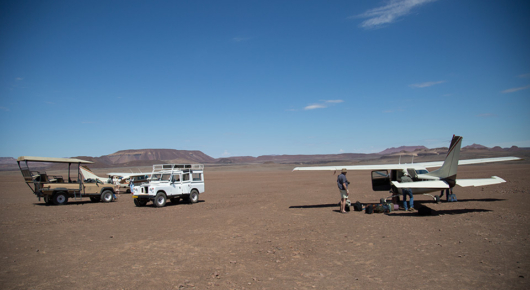 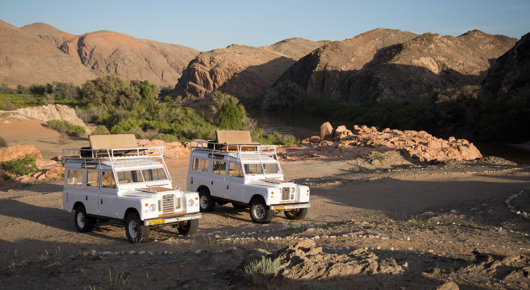 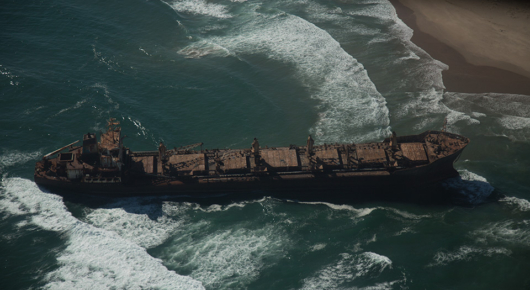