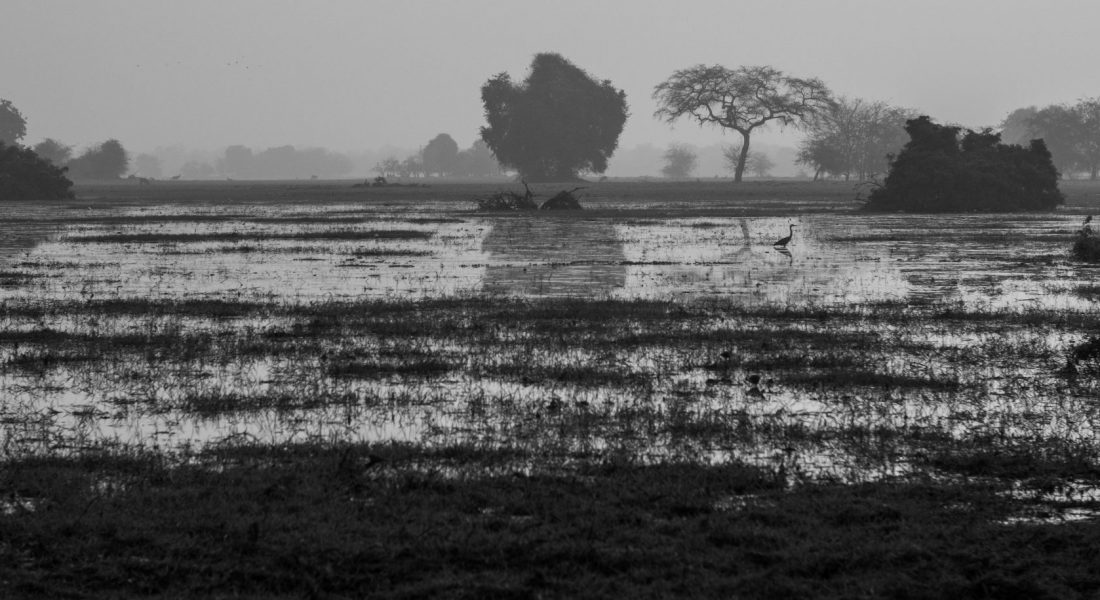 Having spent the first week of my first Zakouma trip exploring the hyper-abundance of the Rigueik Pan region followed by the contrasting almost mythical beauty of our fly-camp on the southern Salamat River, I was content in the knowledge that this amazing park had offered up its absolute best to our lucky group.

The decision to spend our final day exploring the northern pans of Al-hamand Tororo almost seemed an afterthought. In hindsight I should have known Fraser, my fellow guide and colleague of 20 years and a Zakouma veteran by virtue of his 1 trip to my none, knew that this could be something special. We set an objective for the days adventure, that being to exit the park north of the Al-hampan and to pay a visit to a group of Nomads who seasonally use the area as their base to graze livestock and harvest fish from the pans outside of Zakouma. As rewarding as this proved to be as a unique cultural experience, it came a close second to the wildlife spectacle offered up by Tororo and Al-ham pans.

A pride of hunting lions at Adelei and several proud looking Roan antelope bulls en-route set the tone. Arriving at the edge of the expanse of Tororo pan we started the now familiar routine of glassing the pans, marvelling at the abundance and diversity of life and juggling binoculars, cameras, field guides and species lists. Grasshopper buzzards were abundant with several always in view floating overhead or perched in fringing woodlands. Other raptors at the pan included Beaudouins snake-eagle, Long-legged buzzard, A pale morph Wahlbergs eagle, a melanistic Gabar goshawk, Western marsh harrier, Bateleur, and several Tawny eagles who had joined Ruppels, White-backed and Lappet-faced vultures for a drink and bathe in the pan. Jan from Denmark had been waiting to see a Secretary bird since he was boy and one duly showed itself amongst a herd of Roan. Nearby, a shy Serval cat made himself invisible in the grass only metres from the vehicle, bounding out when he eventually lost his nerve. Buffalo, Kob, Lelwel’s hartebeest, Tiang, Bohor reedbuck and Defassa waterbuck are generally all visible from any point on the pan and we added Greater Kudu to the antelope list when a single female showed herself in the woodland between the two pan systems with Patas monkeys and some Hartebeest in the frame alongside her. A conservative estimate totalled 110 Roan seen in the morning which consisted of three herds and various peripheral bachelor groups.

The pans were brimming with waterbirds, too numerous to list, highlights being large flocks of Ruff interspersed with taller Spotted redshanks and migrant ducks including Garganey, Common teal and Northern pintail. Flocks of Black crowned cranes, Spur-winged geese and Comb duck are so numerous and constant that they become part of the fixed backdrop against which less numerous species compete for your attention.

A swooping Dark chanting goshawk brought our attention to a Black-headed heron which had just speared a rodent, possibly an Unstriped grass rat. The goshawk did his best to rob the heron of its prey but ultimately the still kicking bulge moved steadily down the birds gullet and the raptor departed.

It became difficult to leave the pans and only the eagerness to meet the nomadic tribes eventually pulled us onwards, leaving question marks over whether the large brown eagles had been Lesser spotted or possibly a vagrant Steppe eagle and which Kestrel had flown over whilst our focus was elsewhere.

Zakouma had produced yet another “must see” area and I’m beginning to understand that this park has these in abundance. These northern pans however do deserve more attention than a single day allows time for so one objective for our 2020 trip will be to steal a day from somewhere to do just that. Although looking back I can’t see where this day would come from and which area would be forfeited. There is just so much to see.