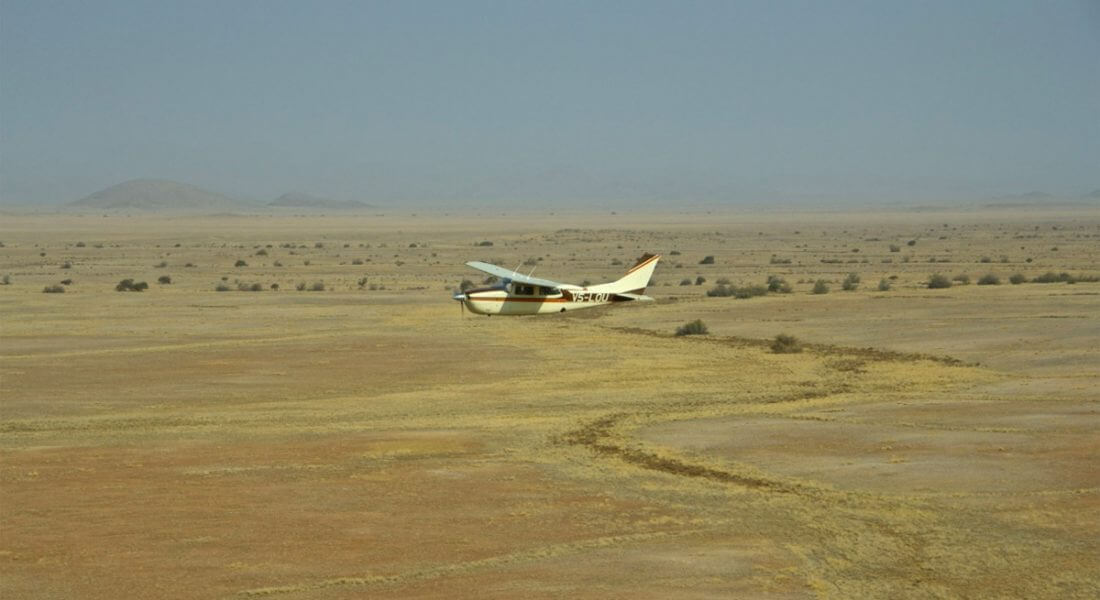 The two things I love doing most in Namibia are tracking black rhino on foot in Damaraland and flying up the Skeleton Coast with the Schoeman family. The Skeleton Coast is the part of the Namib desert running contiguous to the Atlantic ocean, beginning south of the Orange river in South Africa and stretching 200 kms north of the Kunene river into Angola. The Skeleton Coast flying safari covers the most remote section of the northern Namibian coastline, littered with giant whale bones and shipwrecks, from Swakopmund to the Kunene river. The geography and topography of this area are truly astounding, characterised by vast swathes of rippled dunes and rocky outcrops, cut horizontally by the various rivers or “linear oases” which flow westwards across the desert into the Atlantic ocean. Within these river systems and along the coast itself a surprising amount of wildlife can be found – desert adapted elephants, lion, giraffe, oryx, cape fur seals, black backed jackal and the enigmatic brown hyena. A closer look at the desert inhabitants can produce shovel snouted lizards, fog basking beetles, horned adder or Namaqua chameleon. Forays east take you into the Damaraland and Kaokoland regions, home to Africa’s largest free-ranging black rhino population, the Welwitschia mirabilis plant and the Damara and Himba people. This is adventure country of the highest order – only to be fully appreciated from the air!

One of my dreams was to see a brown hyena on the Skeleton Coast. Thanks to my guest Andrew Rhoda for these stunning photos – taken whilst banking steeply as our pilot and guide, Henk Schoeman, screamed “BROWN HYENA, BROWN HYENA…” through the radio system. Absolutely sensational! 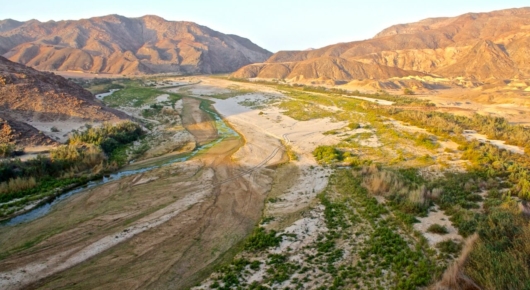 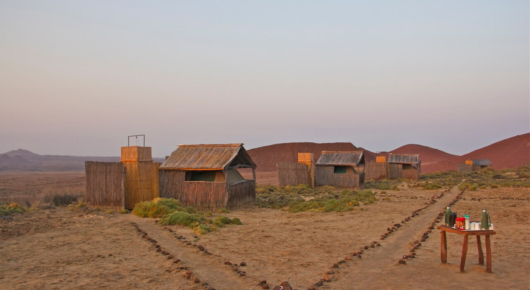 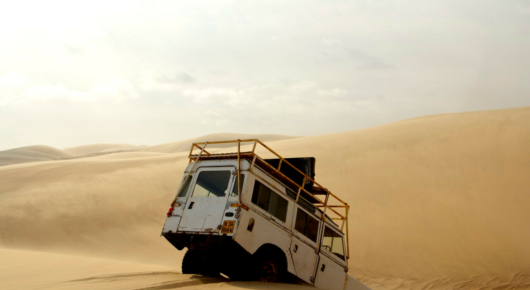 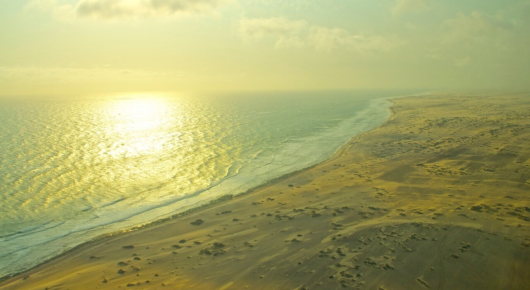 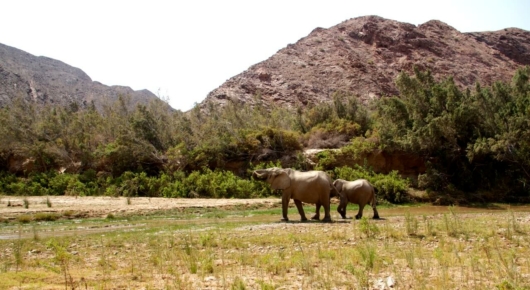 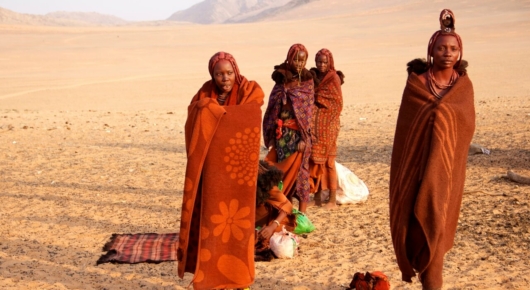 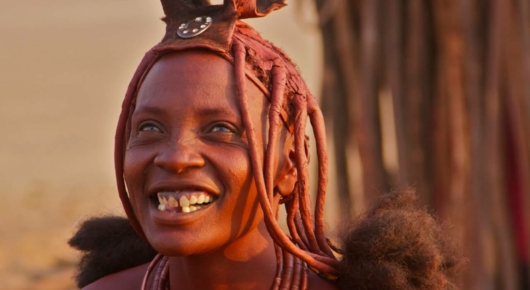 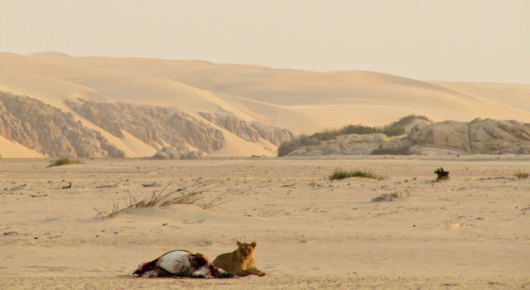 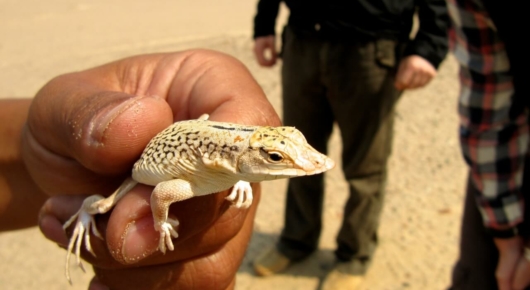 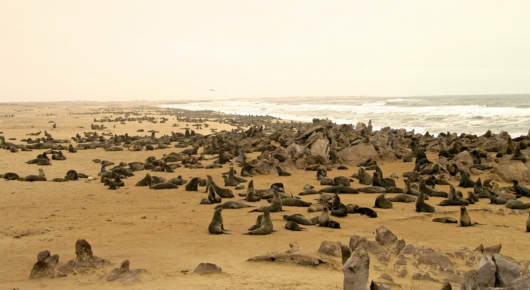 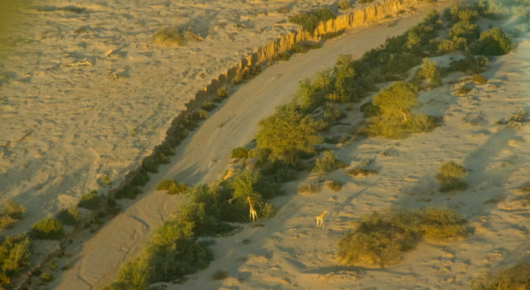 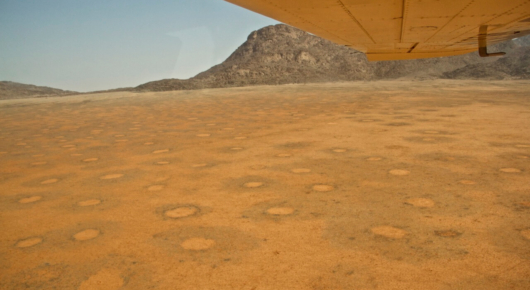 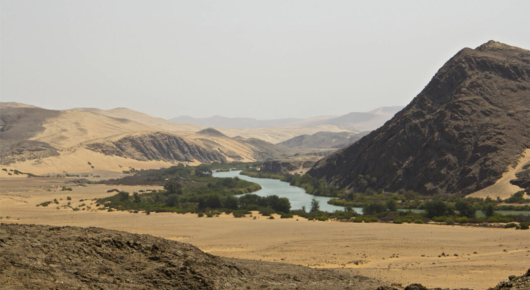 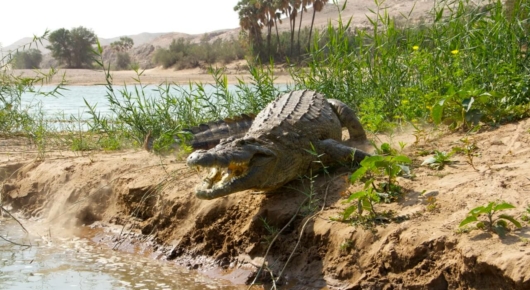 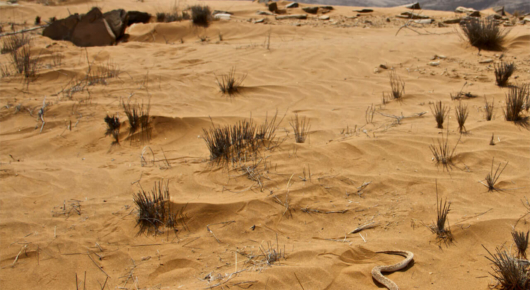 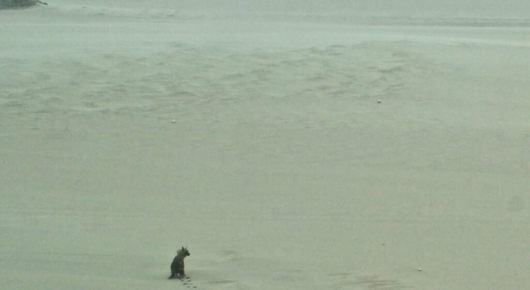 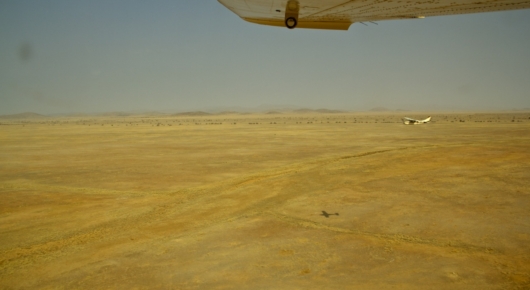 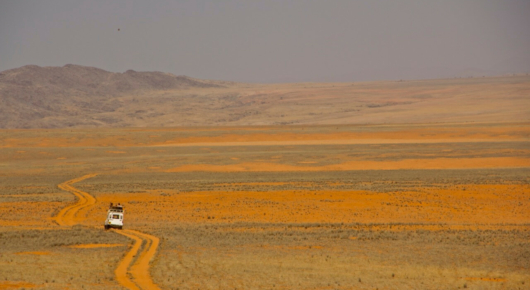