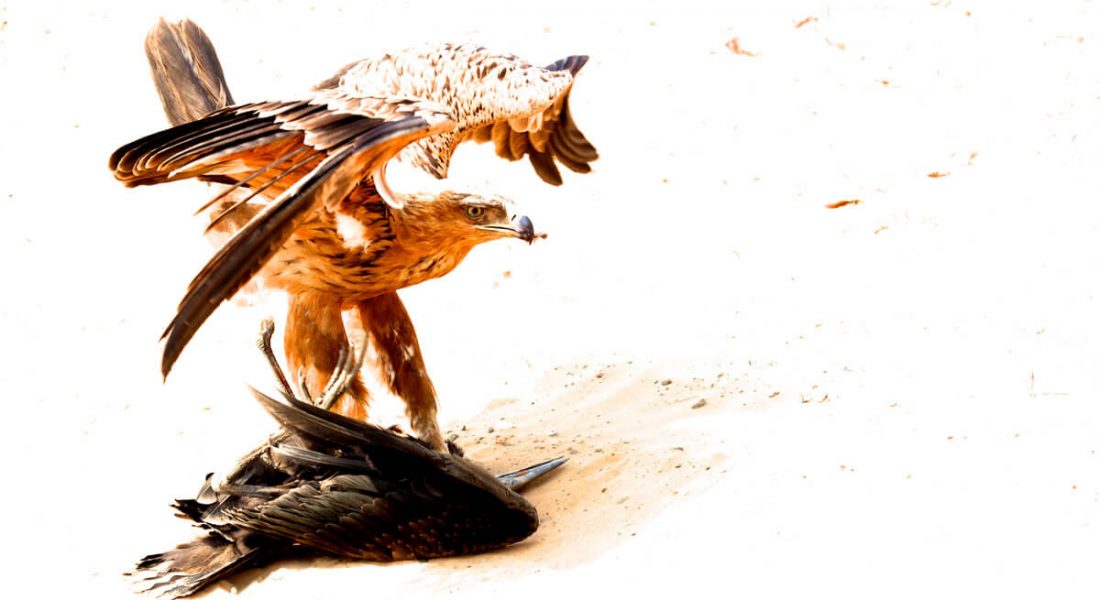 On a recent trip to Chobe National Park in Botswana, we were following the Chobe river course when a strange movement in the track ahead of us caught our attention. A kill was in process – the hunter a beautiful tawny eagle and it’s prey an African openbill. The African openbill was still alive and using it’s considerable feet to claw at the eagle who in turn had its powerful talons rapped around the storks neck. This vice grip and intermittent plucking action by the eagle, using its powerful bill, eventually saw the openbill succumb.

The tawny eagle’s scientific name, Aquila rapax, describes a “rapacious eagle” (rapacious: wanting more than is needed) and it’s widely known tawny’s readily attack prey much larger than themselves. This was a considerable prey for the eagle to have taken on and it would have been interesting to have known if the attack had taken place in mid-air or while the openbill was perched. 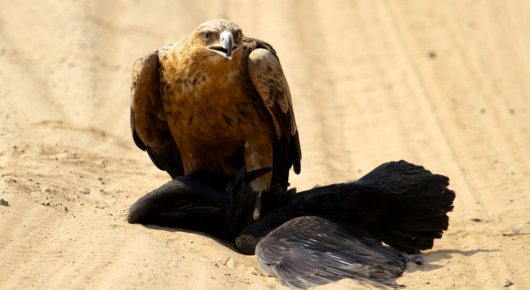 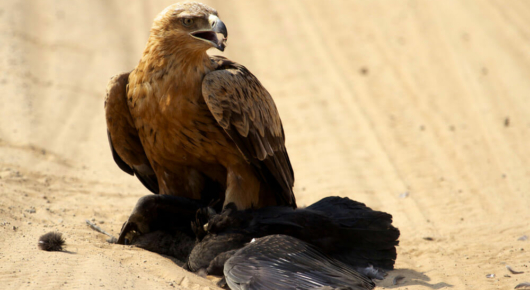 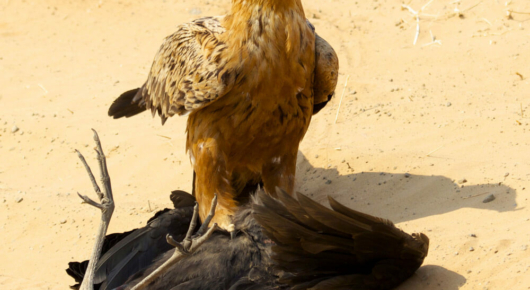 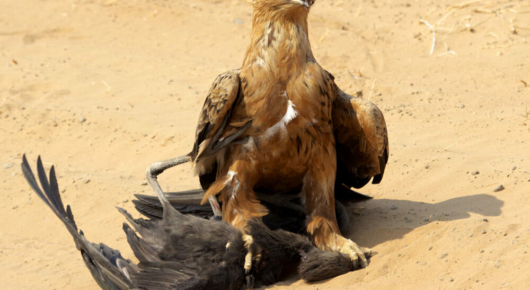