Trips in the Spotlight 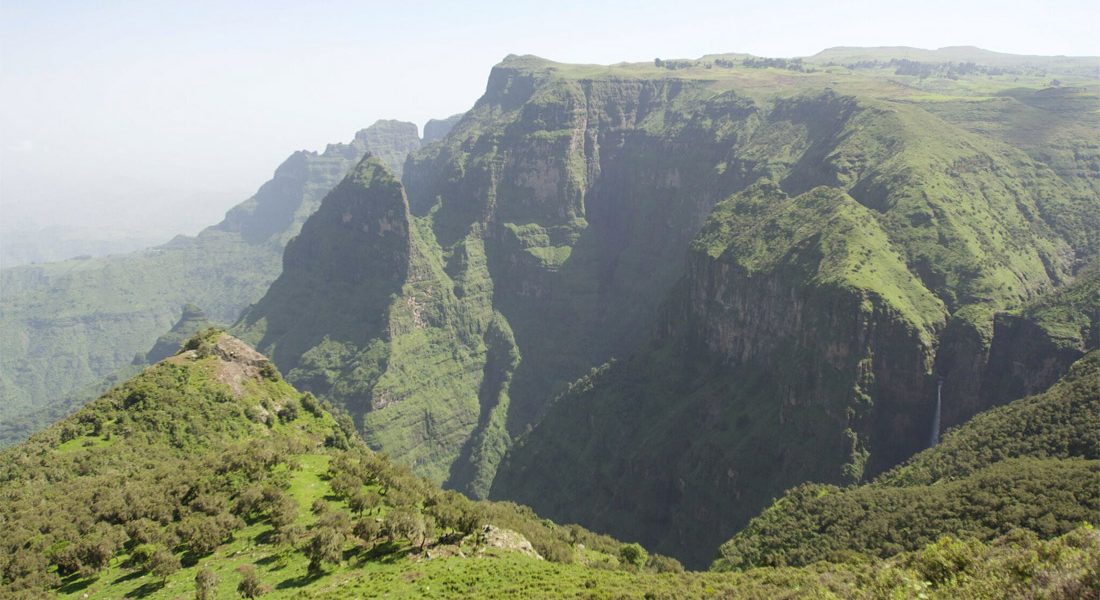 Trips in the Spotlight

Recent expeditions to Ethiopia, Rwanda and the Masai Mara.

Ethiopia has always had a special place in my imagination and the prospect of visiting Ethiopia attracted me more strongly than a trip to France, England and America combined. I felt it would be visiting my own genesis, unearthing the roots of what made me African – Nelson Mandela

A recent expedition to Ethiopia led our guests to the far corners of this fascinating country.

First stop was Lalibela and its exquisite rock hewn churches where we were transported into an ageless setting of sacred mystery and reverent monolithic architecture. These 11 monuments against time, dating back to the 12th and 13th century, are carved from the heart of Lalibela’s great mountainous rock structures and rise dramatically out of the earth.

Towering over this contrasting land are the Simien Mountains; where we went in search of some of Ethiopia’s unique mammals, specifically the Walia ibex, Geladas and numerous birds of prey, including the raptor so associated with the Simiens (and the Drakensberg in South Africa), the Lammergeier or Bearded Vulture.

We headed south and entered a world of ancient traditions and mystical practices; transported thousands of years back in time to a period of wild, authentic and untouched tribal living – to the very origins of the Ethiopian people, in the Omo valley. We were fortunate to arrive just in time to witness a Hamer bull jumping ceremony and partake in its festivities.

An expedition to Ethiopia is not complete without a visit to the Bale Mountains in search of the worlds most endangered canid, the Ethiopian Wolf. Staying at the new and wonderfully atmospheric Bale Mountain Lodge we explored the high Sanetti plateau – finding wolves daily – and the Harenna forest surrounding the lodge, with a lucky sighting of the rare Bale monkey. 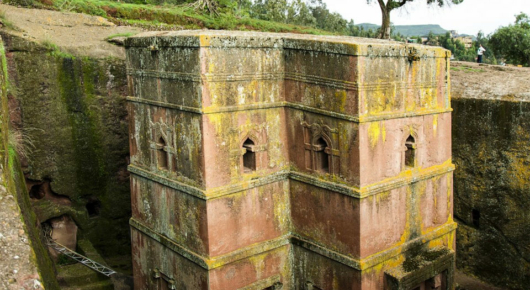 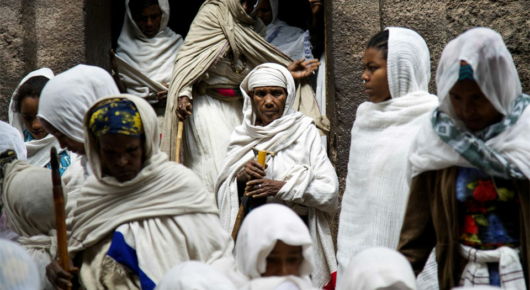 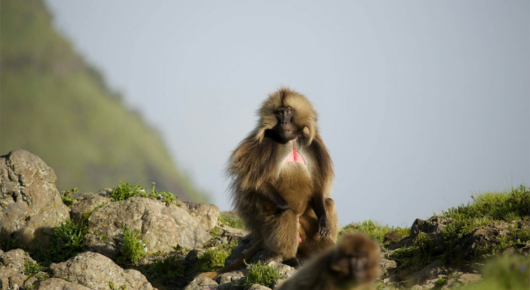 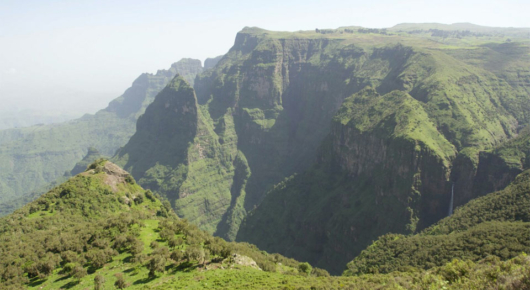 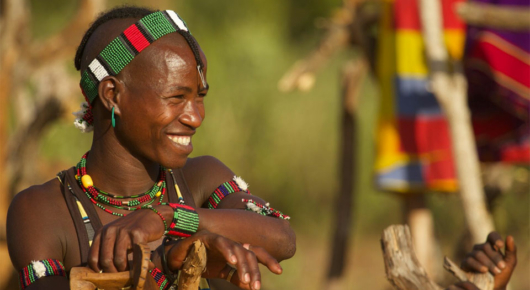 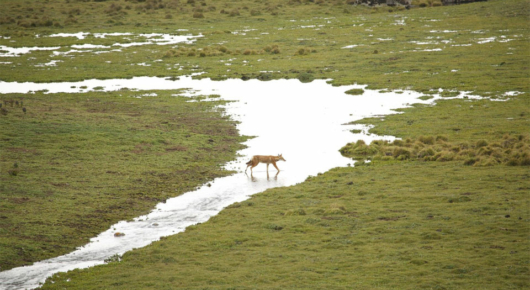 Nothing can prepare you for your first encounter with the Mountain Gorillas of Rwanda. Deep in the mystical rainforests of the Volcanoes National Park, these gentle giants rule a kingdom of enchantment and natural wonder. A tragic history once presided over the forest but thanks to many who have fought for their preservation, these gorillas are now not only effectively protected within Rwanda, but also the symbol for the country’s regeneration. From the moment you first set eyes on these gracious titans, you will be captivated by their strength and humanness – providing a window into the soul of these great creatures. 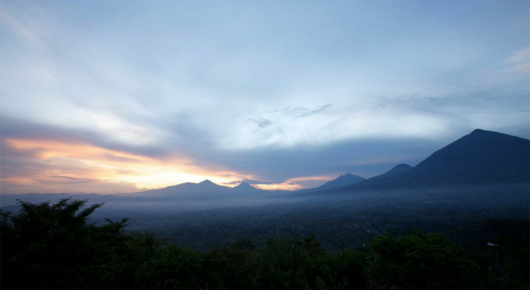 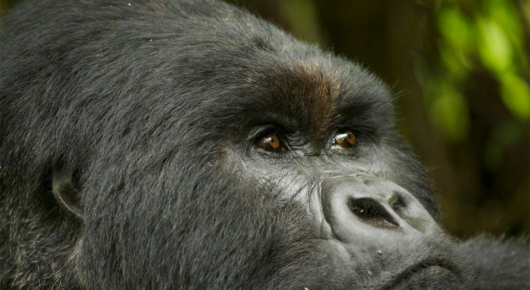 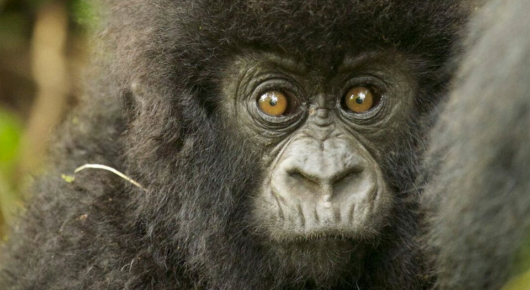 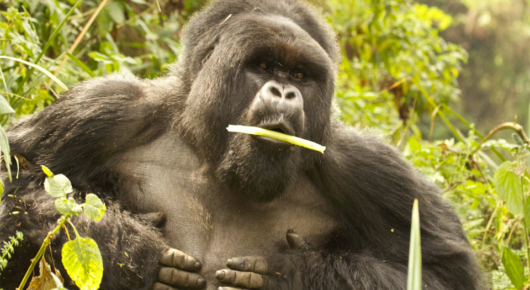 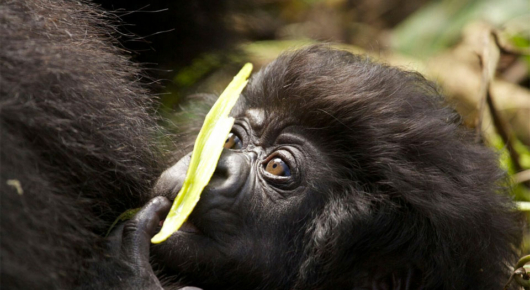 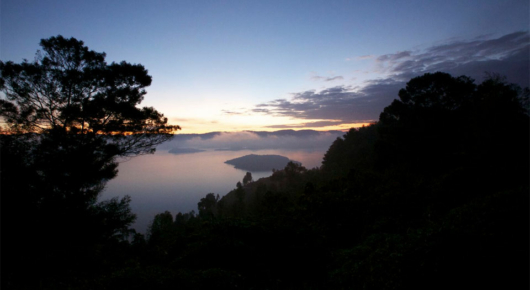 The Serengenti and Maasai Mara play host to one of the greatest natural wonders of the world, the Great Migration. During this period, over 2 million animals, including wildebeest, zebra and Thomsons gazelle travel time-worn paths north, following the rain, and the lush new growth it brings.

Their journey is not an easy one as they must cross the crocodile infested Grumeti and Mara rivers and dodge the abundant lion, leopard, cheetah and hyena who inhabit the savannah. This epic safari encompasses the exceptional magic of Africa at her finest and most powerful.

The Migration has captured the imagination of people the world over and remains one of Africa’s most sort after Safari experiences. With limited space in East Africa’s mobile camps and lodges over this time, you shouldn’t wait to add this unparalleled journey to your 2016 travel calendar. 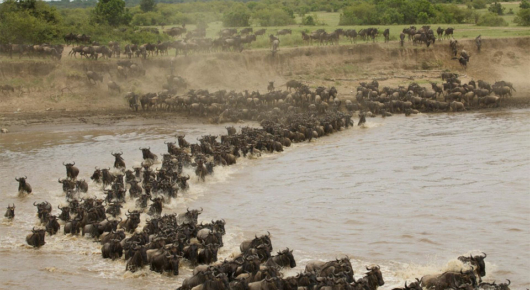 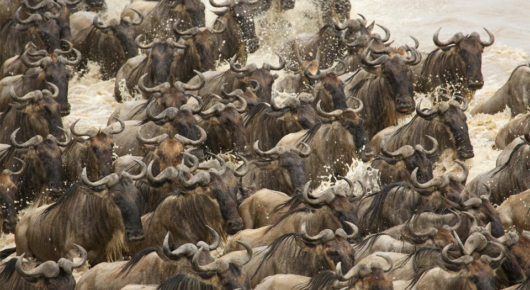 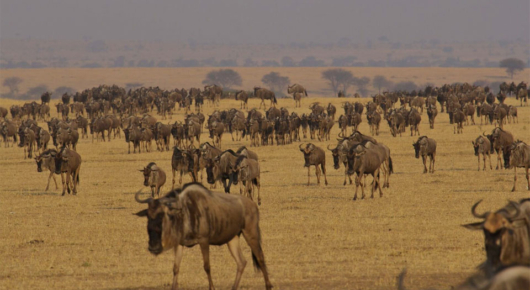 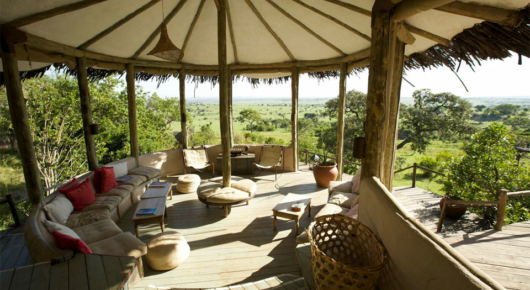 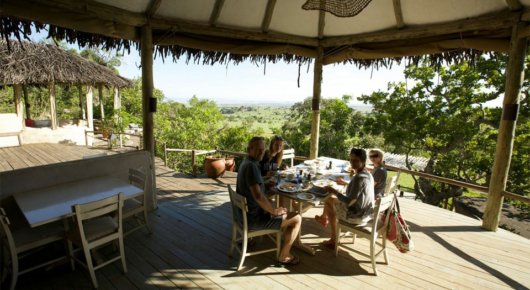 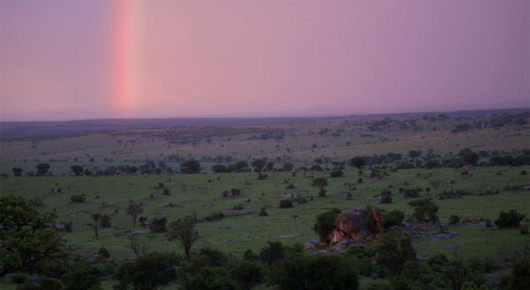