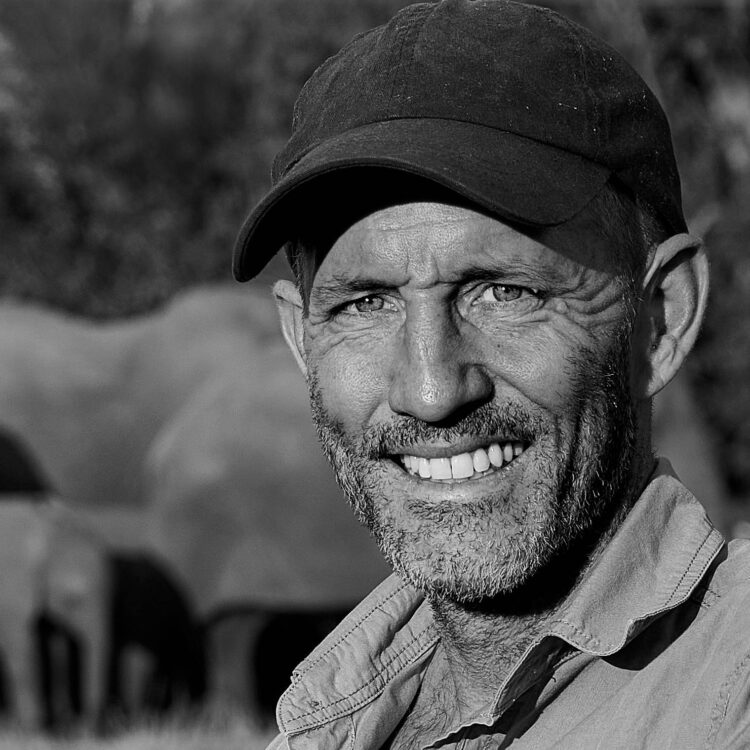 James is a safari journeyman, who when not guiding, works as a wildlife TV presenter and has hosted and presented 50 odd TV shows to National Geographic’s Nat Geo Wild, the SABC in South Africa and CGTN in China.

He also spends a good deal of his spare time writing, taking photos and recording music.  The most recent of his 4 books ‘Reggie and Me’ is on the shelves now.

James read for his masters in development studies at the University of Cape Town and obtained his honours in wildlife science from the KwaZulu-Natal University, in Pietermaritzburg.  After university James spent eight years at various game lodges in southern Africa working as a ranger, ranger trainer, head ranger, land manager, researcher, lodge manager and entertainer.  He also spent two years “being blasted by the howling winds of the ‘fairest’ Cape” working for a wildlife film production company, whilst completing his studies.

James has also dabbled as a professional musician, guitar teacher and businessman. He likes to play the guitar, run, sing, drink good scotch, read books, swim in the sea, watch rugby and play golf.  He speaks isiZulu, Xitsonga (Shangane) and a smattering of Afrikaans.