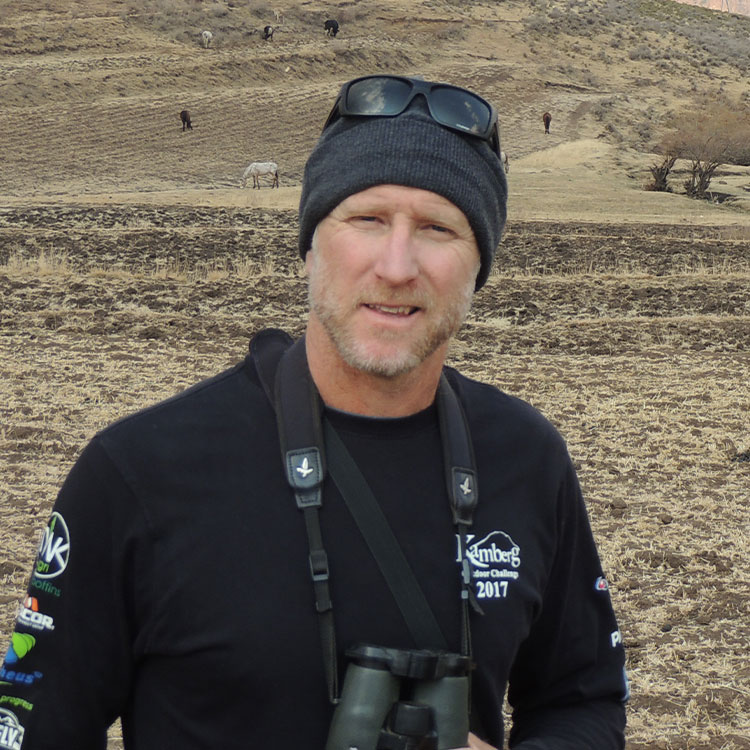 Mark loves Africa and has spent his entire life exploring its remotest corners. The Zululand bush in South Africa is where his childhood adventures played out and from there it has generally been a Northward migration through Southern, East and Central Africa whilst pursuing a professional safari guiding career spanning the last 20 years.

Mark is an accomplished tracker, an avid birder and an experienced walking trails guide. He prefers to be on foot when in the bush and leads dedicated walking safaris in Tanzania and “anywhere else that looks walkable”.

A passion for Wilderness and for sharing his love of it is what Mark admits as his principal reason for being a professional guide – the animals are just a bonus!

Mark is settled in South Africa with his wife Jenna and their daughters Charlotte and Amelia. When not on safari with his guests he is often to be found exploring one of South Africa’s National Parks with his family.