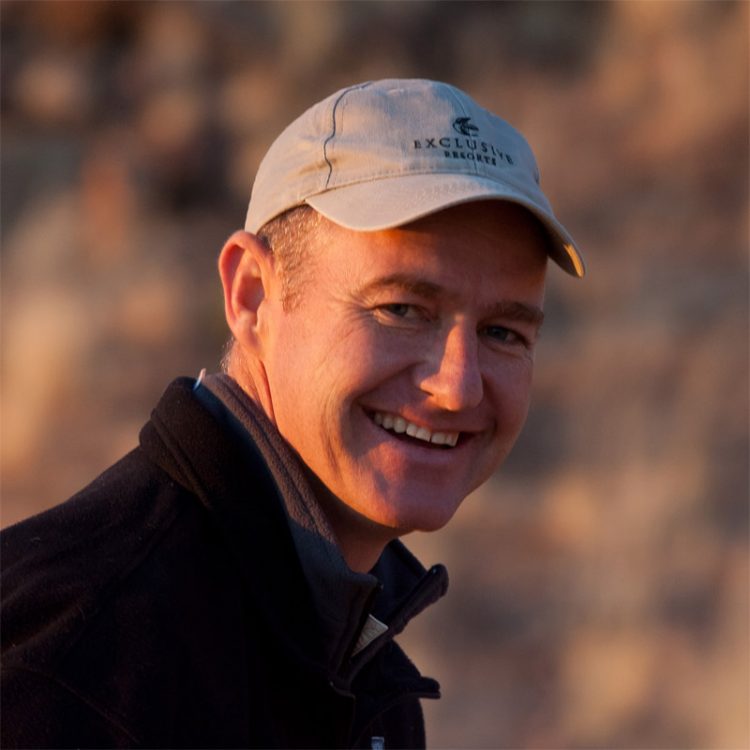 In 1995, Simon completed a post-graduate degree in Psychology. He then joined an IT company in Johannesburg where he worked as a Human Resources Manager. After 2 years in this role, he decided it was time to follow his true passion in life and he became a game ranger at Sabi Sabi. He received in-house training there and worked at Sabi Sabi as a guide for 5 years. In 2005, he returned to Johannesburg where he spent the year lecturing game ranging at a tertiary institution.

The lure of the bush was too much for him and at the end of 2005 he headed back to the Kruger National Park where he worked at Pafuri Camp for 2 years. He returned to Johannesburg where he is now based. He continues to lead privately guided safaris throughout Southern and East Africa. He specialises in leading family safaris as well as birding, walking and photographic safaris.

Apart from guiding, Simon also offers his services as a motivational speaker with an entertaining and enlightening presentation on the lessons that humans can take from nature and apply in both their work and personal lives.