Namibia – safari on a mountain bike 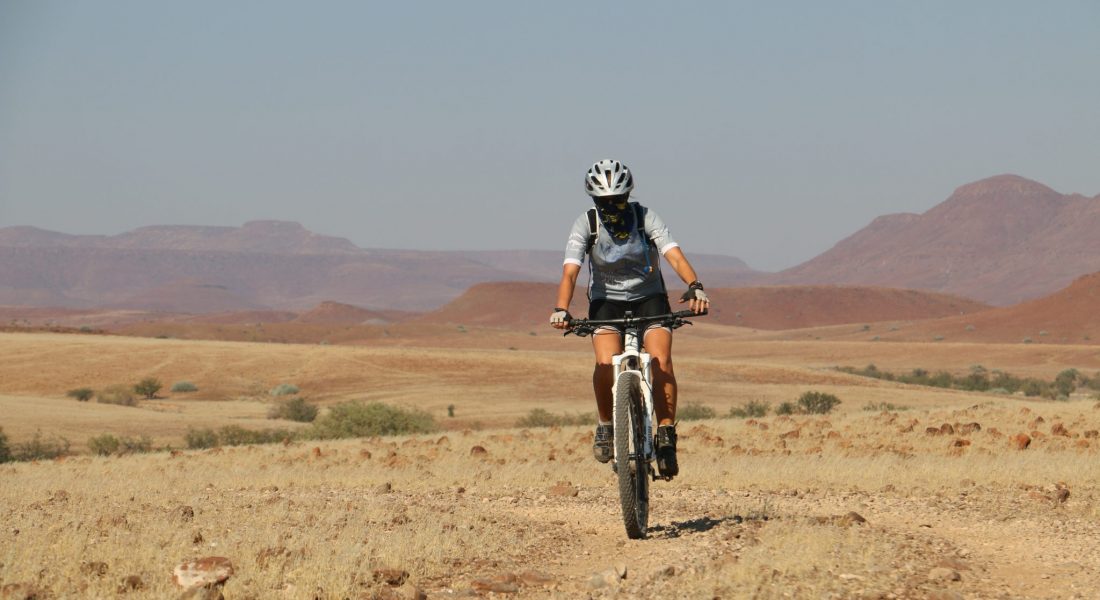 Namibia – safari on a mountain bike

The contiguous Damaraland and Skeleton Coast regions in northern Namibia are some of the most remote, desolate and wild places on planet earth. They fall within the Namib – the only true desert in Southern Africa and possibly the oldest desert on earth. Yet within these rolling dunes, gravel planes and scattered mountain outcrops one can discover fascinating and unique plants, insects and, even more surprisingly, large desert adapted mammals. Most famously this is the home of the last free roaming population of black rhinos in the world as well as desert adapted elephant, lion, brown and spotted hyena, jackal, cheetah, caracal, leopard, oryx and springbok.

We are thrilled to announce our new expedition which travels through the private access Palmwag Concession, a public-private-community partnership between Wilderness Safaris and the three adjacent communities – Torra, Anabeb and Sesfontein – that administer the Palmwag concession. This area is a flagship example for the community-driven conservation approach for which Namibia is renowned.

To further add to the uniqueness of this expedition, we will be doing it on two wheels!  So join Richard and fellow guide Phill Steffny  as we explore this incredible part of the world on mountain bikes.  More than just an expedition though, this is also an opportunity to make a contribution to the Children in the Wilderness foundation – an organisation that makes a tangible difference to the lives of young people in rural Africa and in so doing promotes conservation by raising a generation invested in the notion.

Click here to view a full itinerary of the safari.

Children in the Wilderness - partner beneficiary